If you’re going to write a book about Bob Dylan, or even a book about creativity that uses Dylan as a prime example, then you’d better not say that he went upstate immediately after his first English tour when in fact he went away with his wife. There are diehard Dylan fans out there who know these things, and when they are also book reviewers who might provide a critique of your efforts, you are in considerable trouble. 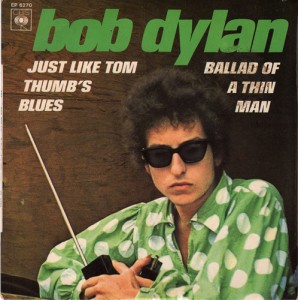 So it is with Isaac Chotiner’s review of Jonah Lehrer’s Imagine: How Creativity Works. Some examples:

“… almost everything in the chapter—from the minor details to the larger argument—is inaccurate, misleading, or simplistic.”

“The argument is further muddied …”

“THERE IS LITTLE to be learned about Bob Dylan, or the creative process more generally, from Jonah Lehrer.”

Ah, don’t we all love a scathing review?

More widely, it seems that we’ve all become reviewers. We review restaurants, hotels, cities/countries we visit, films, books and so on (I’ve tried a few on TripAdvisor). And if we’re an academic, we also review articles and conference papers (done plenty of these, but prefer you to stay awake, so no link). But not many of us are particularly good at it, methinks. So I’ve been keeping an eye out for the best articles about the process of reviewing and would like to highlight a couple of them. 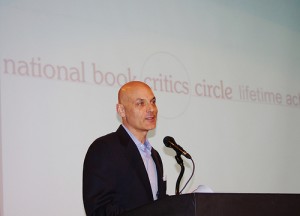 Let’s get straight to the best. If you want to read just one article about reviewing, then this is it: ‘A Critic’s Manifesto‘, by Daniel Mendelsohn, published recently in The New Yorker. It’s a great piece: a bit of personal history, a snapshot of current controversies in critical circles, and a spirited and convincing defense of his art – in short, a must read for anyone with at least a modicum of interest in the craft of critique.

It’s a bit hard to encapsulate his message with a snippet or two, but it seems to me that much of his manifesto comes down to the following:

“For all criticism is based on that equation: KNOWLEDGE + TASTE = MEANINGFUL JUDGMENT. The key word here is meaningful. People who have strong reactions to a work—and most of us do—but don’t possess the wider erudition that can give an opinion heft, are not critics.”

“The role of the critic, I repeat, is to mediate intelligently and stylishly between a work and its audience; to educate and edify in an engaging and, preferably, entertaining way.”

And this he does, in spades. 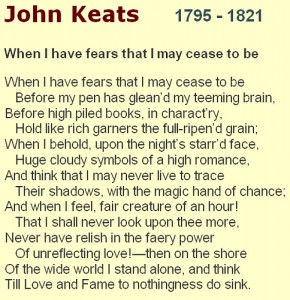 To check the meaning of Pinsky’s title, Google ‘John Wilson Croker’, the snide and venomous critic who wielded his hatchet on poor young Keats.

If you’d like just one more, then try Robert Pinsky‘s ‘How Not To Write a Book Review: What a hatchet job on John Keats teaches us’ in Slate. Well, do try it if you can find it! I just went back to Slate to check the link, and it’s gone:-(

Given my awareness of the evils of plagiarism (see previous post), I can’t include it here (I kept a copy), but can again attempt to provide you with the kernel of his argument. The three rules (the Golden Obligation) he mentions are not his own, but apparently guide his reviewing, and they should probably guide ours as well:

Read them again, they’re important! Most of us write our early reviews by modestly sticking to number 1, then later become more full of ourselves and expend our energies on number 3. Give due balance to all three, and you just might provide a worthy review (not forgetting Mendelsohn’s ‘meaningful judgement’).

3 thoughts on “On reviewing: Or, why you’d better get your facts correct if you’re writing about Bob Dylan!”