‘The pen is mightier than the sword‘. In a curious twist, not just a few prominent persons have managed to prove this maxim by stabbing themselves with their own pens, leading to their demise, at least politically. This year has seen a swathe of European politicians being caught plagiarizing, typically in a doctoral thesis.

One European President, Pal Schmitt of Hungary, has already fallen on his pen and resigned, and the continued tenure of Victor Ponta, the President of Romania, along with his education minister, is looking distinctly shaky following plagiarism allegations. No, the allegations are not politically inspired (at least, if they are it’s a mightily surreptitious and circuitous conspiracy) as they emanate from the eminent journal Nature. The list goes on, with the resignations of prominent politicians in Germany and … well, not Russia, even though Putin and a crony or two have been exposed as plagiarizers. I guess you’d have to be a member of the Russian opposition for any charge of plagiarism to stick. 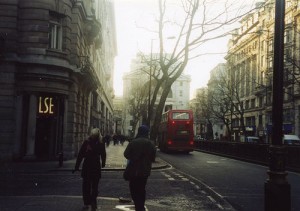 And the rest of the world need not feel smug on this issue, as cases pop up right across the international spectrum. If you’re not already aware of the unsightly stains on the London School of Economics, for example, you’d better brush up on your recent historical knowledge (the clue is Lybia, say no more). Rich, poor, developed, developing, most nations are joining the merry throng of blatant plagiarism, for that it what it must be for so many to be caught seemingly so easily.

Moving from the political to the academic sphere, this observation reminds me of the fate of David Robinson, one-time Vice Chancellor of Monash University. He was forced to resign shortly after I left for the first time in 2002 (nothing to do with me!) amid allegations of plagiarism in publications from his early academic career some decades earlier. This incident is just one of many reported in an article highlighting Australian ‘greatest moments in academic fraud‘.

If you investigate, you’ll find that plagiarism has a long and undistinguished history, dating back to the first century AD when a Roman poet, Martial (or, more correctly, Marcus Valerius Martialis), wrote scathingly about other orators stealing his work. You’ll find the details, along with plenty of information and news about the topic, in Plagiarism Today.

I’ve personally witnessed a variety of cases of plagiarism over the years, one of the earliest being way back in the early 1980s. We were developing a course in Australian History, and had three course writers preparing the ODL materials. It was our custom to share drafts, and an author came in one day to reveal that one of the others had been copying large swathes of text from a little-known reference work. I assume that he imagined that the other two were unlikely to know of it. Big mistake! We got rid of him smartly.

More recently, at Monash University I was associated with a project designed to address the plagiarism issue (for both staff and students) through what was essentially a ‘carrot and stick’ approach. It worked pretty well, and has evolved into the present system, which encourages students to check their own work with online software before submission of assignments. Most tertiary institutions act similarly.

But issues and challenges persist. One recent phenomenon, at least in Australia, is the pressure that academic markers come under in the new ‘corporatised’ university system. When students are paying large fees for courses, many have unrealistic expectations with respect to what is required to pass a subject. This is well illustrated in a recent article in The Age: ‘In a knowledge economy, plagiarism is just a matter of degree‘ or, as the subtitle provocatively claims, ‘When students are the paying client, universities are reluctant to wield the big stick.’ And it is those marking assignments who bear the brunt of the responsibility of identifying and dealing with student plagiarism. As the author, Anya daly, laments:

“Identifying plagiarism is distasteful and even dangerous. I and others have been subjected to verbal abuse, threats, intimidation, spitting and blackmail.”

Clearly this is a complex issue, but enough for now. There’s plenty more in this topic, perhaps I’ll come back to it later.

One thought on “Of politicians, plagiarism and penalties”