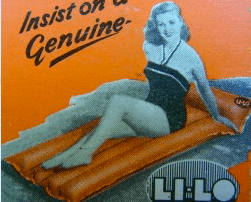 My first memories of being in surf are as a child in the late 1950s, floundering around at Marion Bay (Tasmania) on what we called a Li-Lo. It was longer than the ‘surf-o-planes’ (surf mats) that had been invented in Australia in the 1930s, more like a floating mattress than a surfing device. My only recollection of it is being spun sideways and thrown off as the whitewater broke over me. I have no pictures, but recall it being blue and white striped on the top and plain blue underneath. END_OF_DOCUMENT_TOKEN_TO_BE_REPLACED