That pretty well sums it up, really. In this sentence, and the paragraphs which follow, Anthony Trollope (in Barchester Towers) provides an eloquent and definitive judgement on the topic of sermons. And I should know, for I’ve heard hundreds of them. 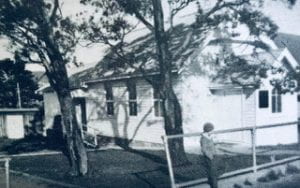 The first church I attended, the humble St Anne’s Anglican in Moonah, Hobart, was presided over by the deacon Nat Sonners, a diligent partially-sighted priest who left on me no discernible impression at all. I imagine his sermons were worthy, but I have no memory of them. 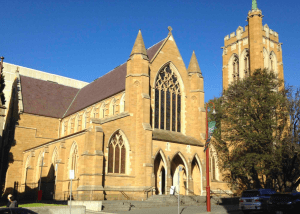 A few years later I moved onwards and upwards to Anglican high church, St David’s Cathedral in central Hobart. This was courtesy of my mother entreating me to become a choirboy – I can’t recall what possessed me to capitulate, but she was a persuasive person. I have no regrets, quite the opposite; it was a great experience, as I’ve previously written. So, as a choirboy, sitting in my cassock and surplus in the choir stalls up towards the altar, I was exposed to sermons every Sunday morning. I remember the primary deliverer of such sermons (Dean Michael Webber, a relatively imposing senior figure in the church), though not their content. 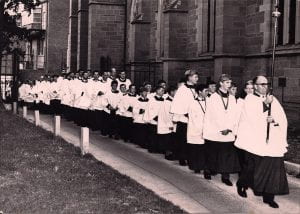 Yes, that’s me up front – head boy of Decani

I didn’t listen much, nor did my contemporaries, and we certainly didn’t discuss what we heard. Rather, we were just waiting for the sermon to finish so that we could get on with our singing. There was plenty of great music to absorb and deliver; hymns, anthems, creeds and the ‘big ones’, such as Bach’s St Matthew Passion, rehearsed for many months and performed with vigour. Weddings were also quite fun, as the groom was required to hand over 30 shillings for distribution to the choirboys. I recall that once there were only three of us – ten bob each seemed a fortune back then.

A few years later I entered the dark days – or, as Marilyn and I referred to it, our wasted years. The story is complex and meandering, but the upshot was that we were Jehovah’s Witnesses for a time, before we woke up and got on with our lives. Yes, The JWs have sermons, called Public Talks, though not many of the public attend them. Overwhelmingly it’s the JW faithful, listening to turgid talks on a variety of topics that usually conclude with the promise of Jehovah’s annihilation of the wicked world and a wonderful new world to come. 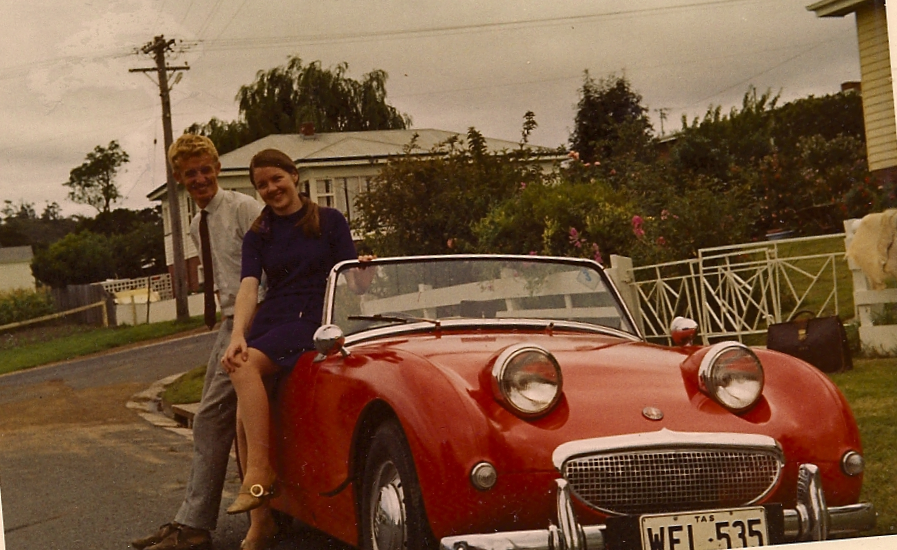 Getting ready to knock on doors – the car didn’t last long as it was somewhat frowned upon.

I didn’t rise far in the JW hierarchy, but I did become a Ministerial Servant, which qualified me to give a public talk. I recall only managing one, a critique on evolution that went over well, but after which I admitted to Marilyn that I could have argued just as well for the completely opposite position. It was always a big deal to have a visit from the District Overseer to the congregation, and I have a vague memory of a small American delivering a diatribe which included a severe panning of the teaching profession – his words, “teachers just aren’t interested in teaching any more”, have stuck with me over the decades, as I was a teacher. My view was that I was the slackest teacher I knew, mainly because I was so busy trying to be a good JW. My teaching colleagues at the technical college which employed me, along with my interactions with a range of school teachers, convinced me that he was profoundly wrong; teachers are a dedicated professional group. And this was the pattern for the judgements which senior JWs spouted concerning the ‘wicked world outside’ – it was bollocks.

And so it is with sermons. Don’t even get me started on the televangelists and their ilk. So let’s finish by getting back to the delightful Anthony Trollope and his wry assessment of their worth.

No one but a preaching clergyman has, in these realms, the power of compelling an audience to sit silent and be tormented. No one but a preaching clergyman can revel in platitudes, truisms, and untruisms, and yet receive, as his undisputed privilege, the same respectful demeanour as though words of impassioned eloquence, or persuasive logic, fell from his lips. Let a professor of law or physics find his place in a lecture-room, and there pour forth jejune words and useless empty phrases, and he will pour them forth to empty benches. Let a barrister attempt to talk without talking well, and he will talk but seldom. A judge’s charge need be listened to perforce by none but the jury, prisoner, and gaoler. A member of Parliament can be coughed down or counted out. Town-councillors can be tabooed. But no one can rid himself of the preaching clergyman. He is the bore of the age, the old man who we Sinbads cannot shake off, the nightmare that disturbs our Sunday’s rest, the incubus that overloads our religion and makes God’s service distasteful.

We are not forced into church! No: but we desire more than that. We desire not to be forced to stay away. We desire, nay, we are resolute, to enjoy the comfort of public worship, but we desire also that we may do so without an amount of tedium which ordinary human nature cannot endure with patience; that we may be able to leave the house of God without that anxious longing for escape which is the common consequence of common sermons.

Of course there’s more such delectable prose. And in coming to the end of this post, I must admit that I’ve written it simply as an excuse to express my delight in reading Trollope. I started reading him only recently, and was impressed with The Three Clerks. Moving on to Barchester Towers, I’ve been blown away by his wry, amusing and masterful prose. It’s such a pleasure to read that you find yourself going back to read sections or paragraphs again, just for the sheer joy of it.