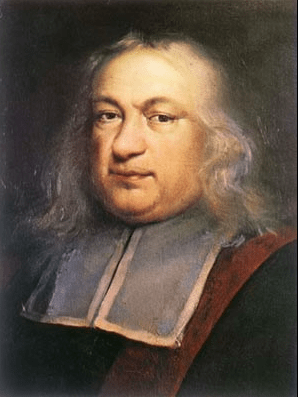 It was a famous unsolved maths problem that had stood for hundreds of years – Fermat’s Last Theorem (FLT) – then along came Andrew Wiles, who solved it in 1994. That’s the beginning and end of it really, though the details of the efforts to solve it provide a fascinating tale. The main reason is that FLT is a seemingly simple problem, easily understood by anyone with a cursory understanding of high school maths. 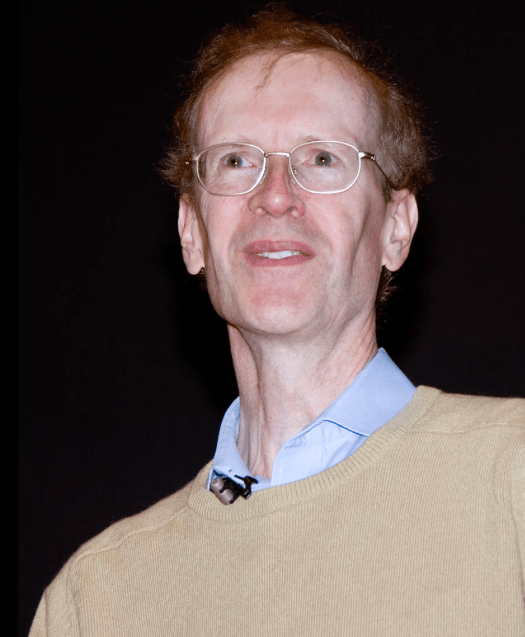 I was one of those high school students who came across FLT, and the added joy for me was that at that time, many moons ago, it was unsolved – Wiles had not performed his magic. And it might as well be magic, I’m afraid, as his proof is so complex that only a select group of mathematicians understand it. I have an honours degree in maths, and I am not in that group; far from it. So, many of us feel just a tad unsatisfied with the proof (as with the solution to the famous Four Colour Problem), and wonder if there just might be a more elegant and simple proof sitting out there somewhere, just waiting to be discovered.

Or rediscovered. You see, Fermat himself stated that he’d found a proof, but claimed he didn’t have room for it in the document he was annotating.

This and other historical details are included in an essay I wrote for a unit ‘The History of Mathematics’ while studying at the University of Tasmania (again, before Wiles). I’ve dug out a copy, which includes notes I’d added (and the proof for n = 4), and here it is. If it inspires you, you’re under 40, and you can solve it more elegantly than Wiles, you’ll likely be awarded a Fields Medal, the supreme maths prize which eluded him (he was over 40 years of age when he solved FLT). 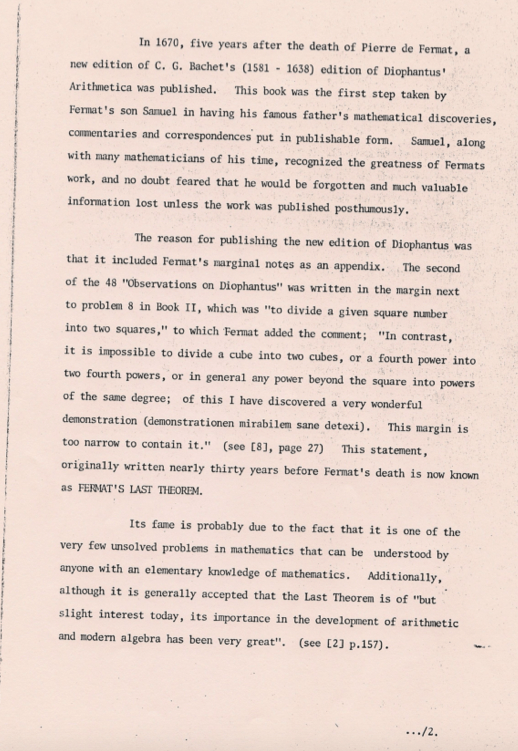 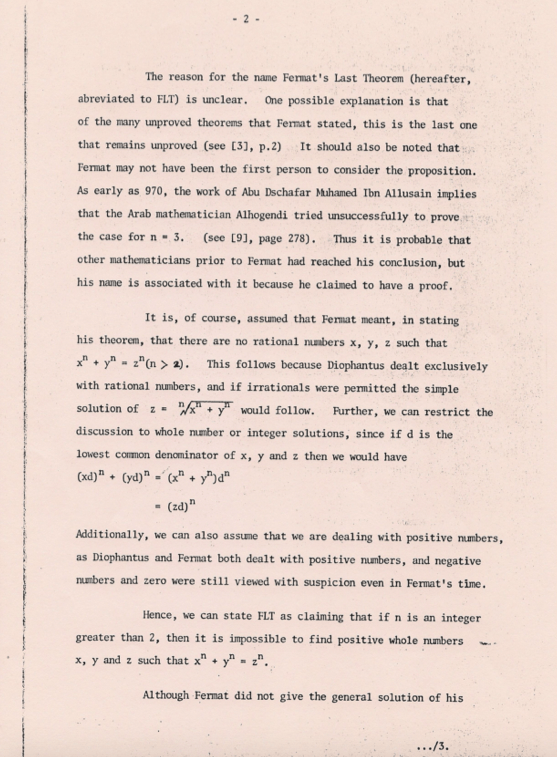 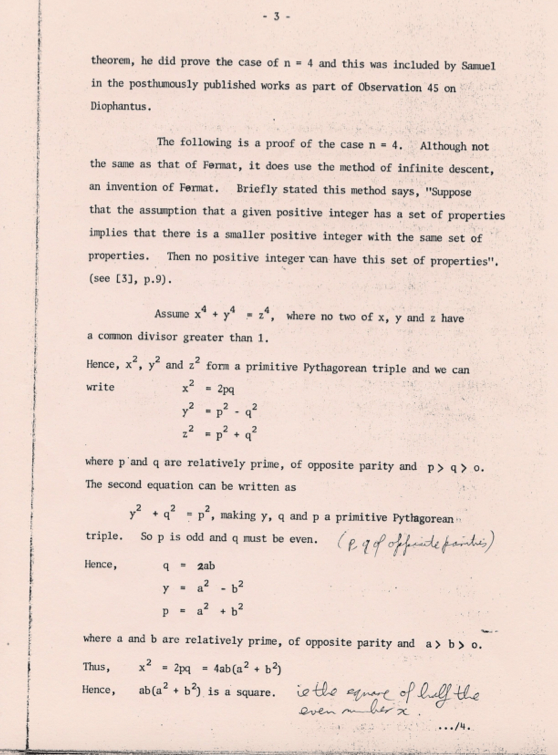 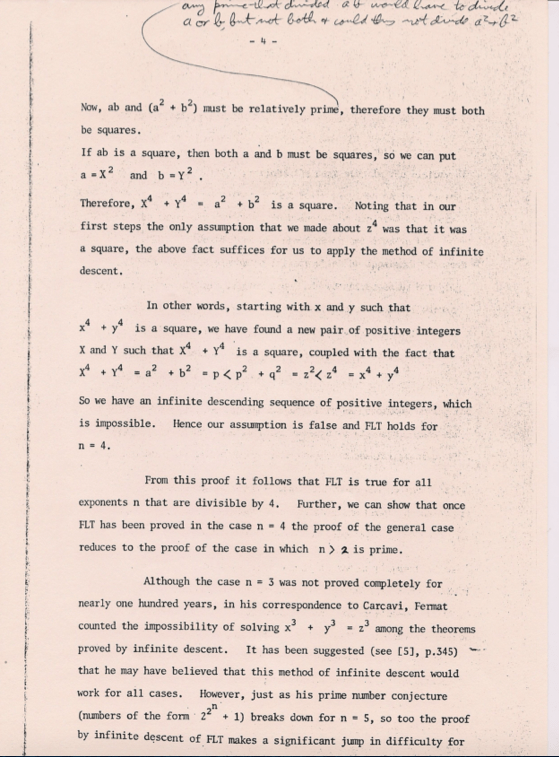 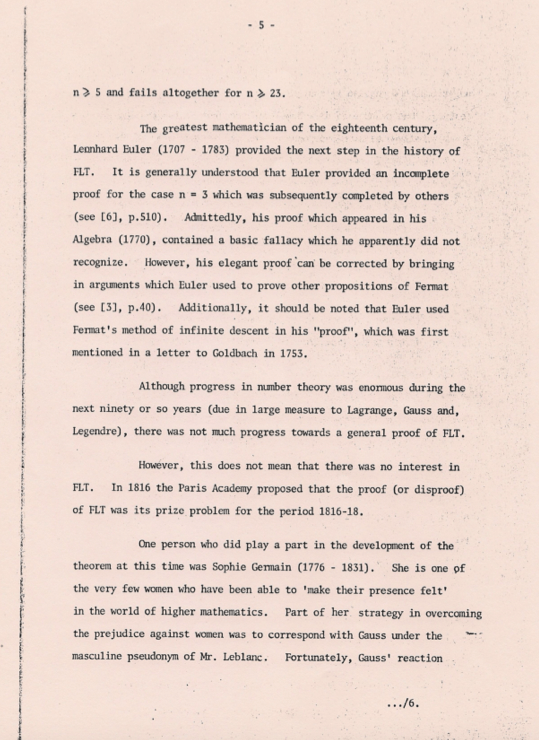 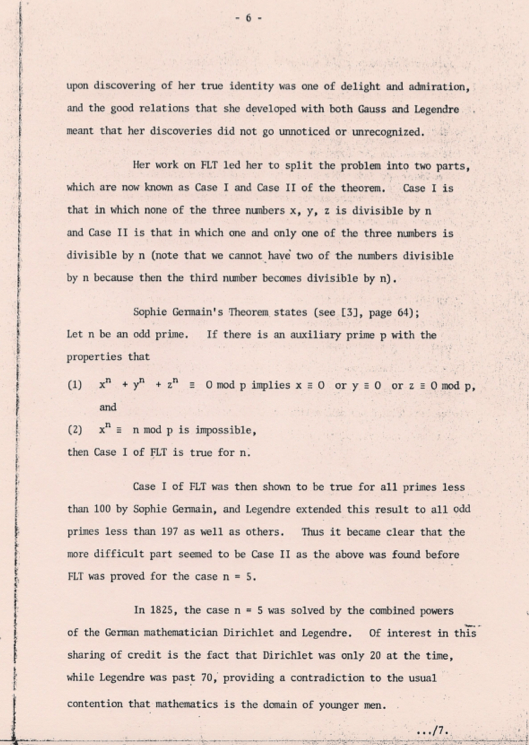 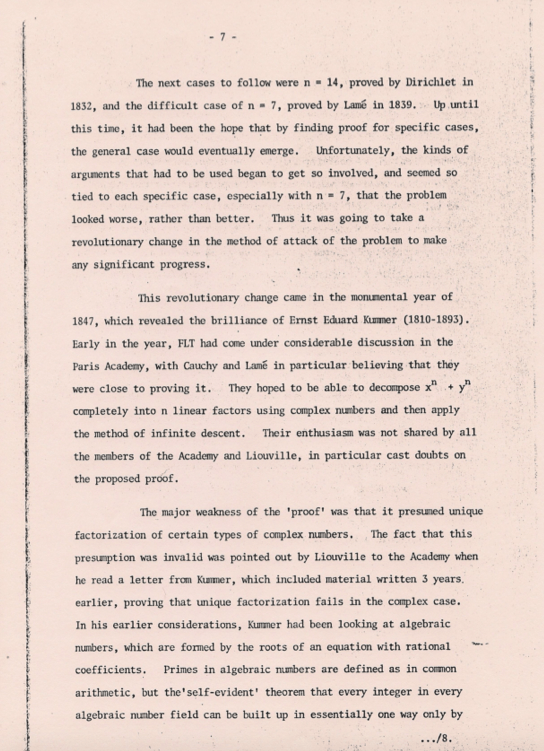 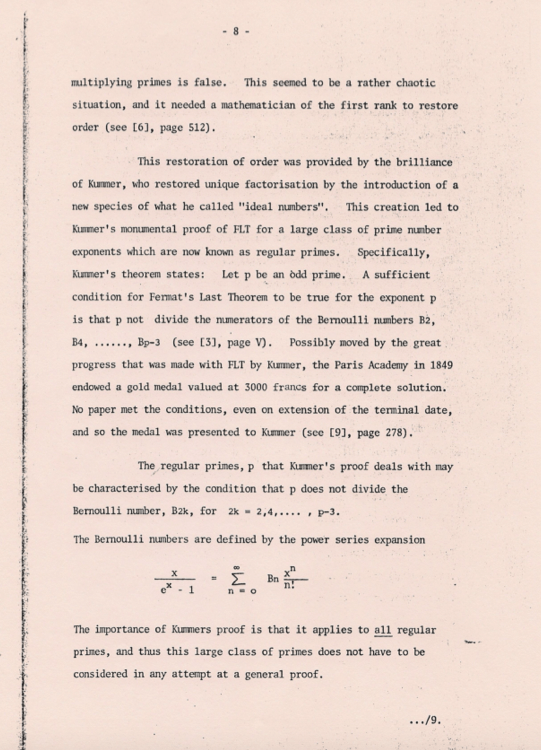 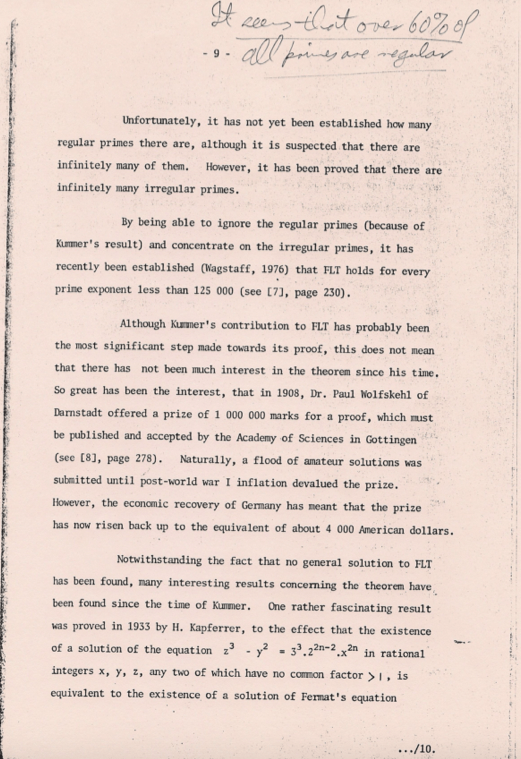 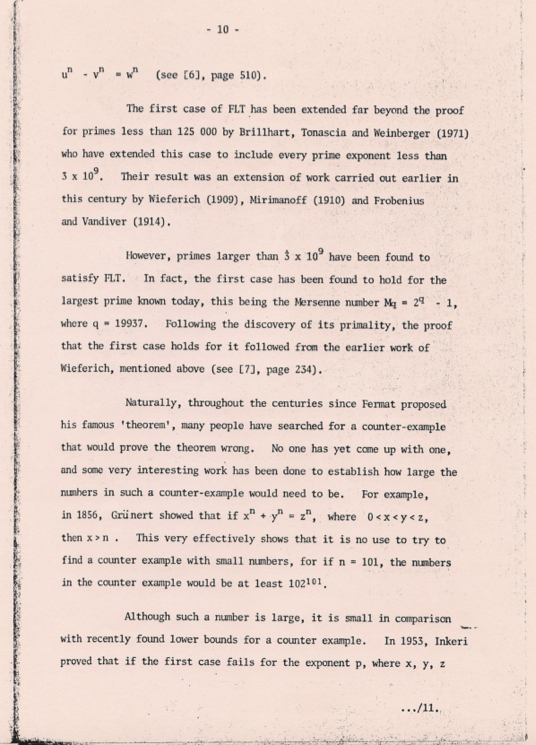 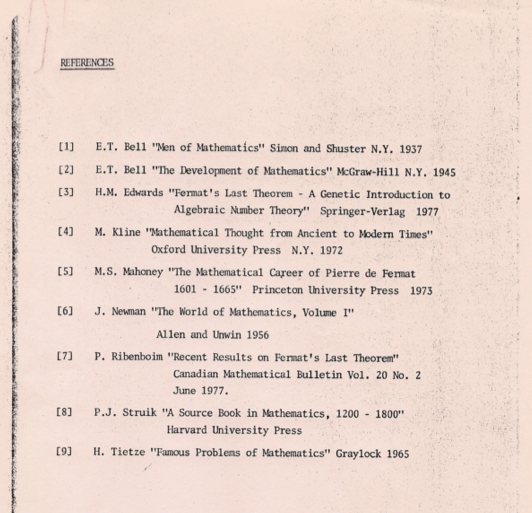