I love blogging, and particularly enjoy hearing from readers. Sometimes it’s comments, sometimes the offering a guest post, and sometimes a note concerning a resource in which I (and, by extension, my readers) might be interested.

So it was that I recently received a note from Richard Madison concerning an online resource he’d developed: an interactive timeline of the history of distance education.

I liked the idea and played with it to see what was there and, equally, what wasn’t there!

It’s little new things that you learn that are so engaging. For example, if you look at the photograph accompanying the entry for 1906 concerning correspondence school for primary students in Baltimore, you’ll see it’s a ‘Friends Meeting-house and School’. Fascinating for me, as I attended the Friends’ School in Hobart, Tasmania for my secondary education. 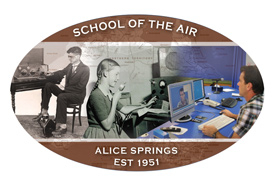 What was missing? Well, from my admittedly biassed perspective, I would have liked to see some of the pioneering efforts in distance education in Australia. So, I wrote to Richard and, lo and behold, he added the examples I suggested of the contribution of the University of Queensland back in 1911, and the introduction of the School of the Air in 1951 for isolated children in outback Australia.

Richard encouraged me to share the timeline with you, and so this post is in happy response. Have a look, and if there’s something else you believe should be added, then send your suggestions to him at madison @ brightonsbm.com (remove the spaces to send).

A further suggestion I would make is to add the advent of the UK Open University in the 1960s. Not only has it been a massive success, but it set the benchmark for distance education and led to the creation of other mega-universities in the rest of the world.

What do you think?