My links include four favourite sites for serendipitous reading, the discovery of gems of quality writing on virtually any topic across the web. Most mornings I’ll quickly scan The Browser, Arts & Letters Daily, 3 Quarks Daily and Open Culture. What do I mean by a ‘gem’? 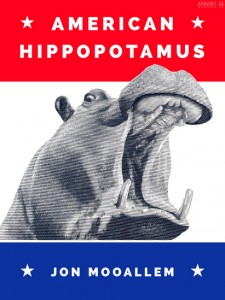 Well, here’s a recent one, from The Atavist magazine: American Hippopotamus (via The Browser, from memory). It’s quite a long article, but such an amazing and intriguing tale of intertwining lives and history that you’ll be swept along just as I was (thought to self – ‘hope I haven’t oversold it!’).

But what about the title quote, ‘Man cannot live by technology alone’? Well, first we can perhaps put aside, or at least forgive, the sexist language when we realise that it was written in 1948. It’s a quote from the historian Arnold Toynbee, who is not particularly popular these days, but who documented the struggles between the advances of technology and humanism. The quote is from a recent article in Aeon about Toynbee, identified as worthy by both Arts and Letters Daily and 3 Quarks Daily: ‘Humanist among machines‘, by Ian Beacock. 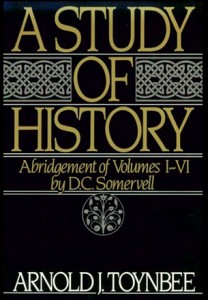 Even the academy is intrigued. From spatial history to the neurohumanities, digital methods are the rage. Lecture halls have been targeted for disruption by massive open online courses (MOOCs). Sometimes it seems as though there’s little that can’t be explained by scientific thinking or improved upon through digital innovation.

What are the humanities for at such moments, when we’re so sure of ourselves and our capacity to remake the world? Toynbee wrestled with this question for decades. He was as curious as anyone about the latest discoveries and innovations, but he rejected the notion that science could explain or improve everything. And his thoughtful criticism of technology reminds us that poets and historians, artists and scholars must be proud, vocal champions of the humanities as a moral project – especially at moments of breakneck scientific progress. Fluent in the language of crisis and decline, casting about for ways to defend ourselves, today’s humanists could use a little inspiration. We need our spines stiffened. Toynbee might be a man to do it.

The power of the piece caused me to reflect on the ever-shifting role of technology in education. Each time a quote from Toynbee was offered (e.g.‘the machine may run away with the pilot’), it made me think of specific questions, applications and issues concerning ODL and online education in particular.

An example: the ‘industrialisation of historical thought’. We’ve witnessed the industrialisation of higher education, and what have we seen? Decades ago Otto Peters identified distance education as an industrialised form of education. Some excellent progress in terms of opportunity and access, undoubtably, but at what cost? The UK’s Open University has long been considered the benchmark for excellence, but it took a few years for a humanist (David Harris’s 1987 book Openness and Closure in Distance Education) to step in and question the universal accolades, and inspire others to take a more critical look at its policies and achievements. 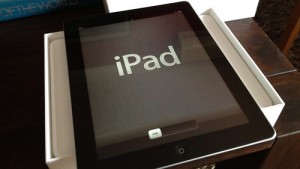 Is this the killer technology for education? You can guess my answer.

Another: ‘No tool is omnicompetent. There is no such thing as a master-key that will unlock all doors.’ This made me think of a specific instance when I was invited by the new Senior Deputy Vice Chancellor (Academic) to discuss issues concerning the quality and reputation of student learning at my university. The conversation was wide-ranging and enjoyable, but after a while I twigged that what he was really after from me was a ‘killer technology’ that would establish our university as the leader. He took some convincing (or maybe he wasn’t convinced!) to come around to the fact that it doesn’t exist, and so the meeting ended somewhat less happily than it started.

Other quotes to reflect on:

‘we know that it is disastrous to treat animals or human beings as though they were stocks and stones. Why should we suppose this treatment to be any less mistaken in the world of ideas?’

‘One must be free to resort to the different methods of the poet, the historian, and the scientist in turn’

Finally, Ian Beacock’s entreaty – think of it when considering technological innovation and application:

We must remember how to speak the language of value, encouraging our readers and students to ask not simply ‘Is it more efficient?’ or ‘How much does it cost?’ but ‘Is it good or bad? For whom? According to which standard?’