‘Floccinaucinihilipilification’: apparently it’s the longest word in the OED, though I’d always thought it was ‘antidisestablishmentarianism’. 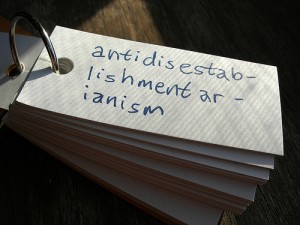 Goodbye to my favourite word

It seems I was wrong: by my count, the former has 29 letters and the latter 28.

I’m disappointed and frustrated, not just because I was in error, but because I can pronounce the latter, but for the life of me cannot get my tongue around floccinaucinihilipilification (there’s a raunchy quip here that I shall refrain from making). This is important, because I’d rather like to slip it into the conversation at an appropriate juncture. It means ‘the action or habit of estimating as worthless’, so it would be pretty neat, at the pub on a Friday evening, to say “That’s true Nick, but don’t you think you’re dangerously close to degenerating into floccinaucinihilipilification?” when discussing the relative merits of football teams.* 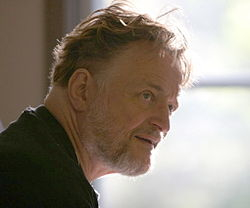 I came across floccinaucinihilipilification when reading about John Horton Conway, ‘the most charismatic mathematician in the world’. Apparently it’s his favourite word. Yes, I still like to read about mathematics and mathematicians, and Conway is certainly a fascinating character. UK bred and educated (Cambridge, of course), he’s worked at Princeton for many years, maintaining an unquenchable enthusiasm for his craft over the decades.

Within the wold of mathematics he’s known for a number of contributions, the most famous of which bears his name: the Conway Group(s). More widely, he’s the originator of the Game of Life, a cellular automaton that mimics a simplified version of evolution. Though originated before the modern computers we all know and love so well, it has undergone development and a host of spin-offs, some of which you may be familiar with. Google easter eggs is a prominent example, and others include the Poietic Generator. 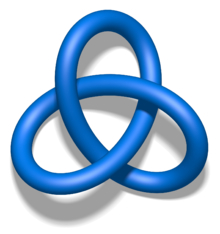 He introduced what is now known as Conway notation within the field of knot theory.

Now quite ancient (older than me, anyway), Conway keeps himself sharp by spending time with young mathematicians and by playing games: mentally tough games. His favourite over the years has been his constant quest to hone his ability to calculate the day of the week from a random date in the past or future, his ‘doomsday rule’:

Dr John H Conway sits down at his computer and gets ready to log on. But before the computer allows him to begin work, it quickly spews out 10 randomly selected dates from the past and the future, dates like 3/15/2005 or 4/29/1803. Dr Conway has to mentally calculate what day of the week each would be before his computer lets him open a file and get to work. It is a game he has rigged up to play with himself.

He can do it in around 10 seconds! You will thus not be surprised to learn that Conway can recite pi to over 1000 digits.

And for you mathematicians, he has an Erdős number of one. Enough said.

* To learn how to pronounce floccinaucinihilipilification, watch this video on YouTube.