It started with Clay Shirky. Like many commentators from the US, he can at times come across as somewhat pompous (not just the province of the English!) or grandiose. There’s a tendency of such writers to make pronouncements as though they’re the first to have thought of it, or to take their arguments just a tad too far (or even much too far!). On top of that, their writing is too often parochial, their scribbling purporting a world view when they are writing purely (merely?) about the US. 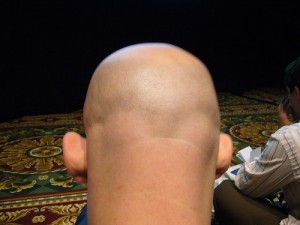 I believe this is a picture of the back of Clay Shirky’s head. I’ll leave it to you to find a picture from the front.

Enough of my whingeing. The particular piece that caught everyone’s (well, a few keen readers) attention was Shirky’s ‘The end of higher education’s Golden Age‘, a grandiose title if ever there was one. He perceives that the problems started in the 1970s, contending that:

Our current difficulties are not the result of current problems. They are the bill coming due for 40 years of trying to preserve a set of practices that have outlived the economics that made them possible.

Reflecting on the Golden Age (the mid 20th century), he concludes that:

It was a nice time, but it wasn’t stable, and it didn’t last, and it’s not coming back. It’s been gone ten years more than it lasted, in fact, and in the time since it ended, we’ve done more damage to our institutions, and our students, and our junior colleagues, by trying to preserve it than we would have by trying to adapt. Arguing that we need to keep the current system going just long enough to get the subsidy the world owes us is really just a way of preserving an arrangement that works well for elites—tenured professors, rich students, endowed institutions—but increasingly badly for everyone else. 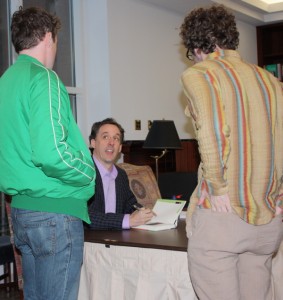 John Warner at a book signing – couldn’t find one of the back of his head.

The response was pretty snarly. For example, the opening sentence of John Warner’s blog post in Inside Higher Education (‘Clay Shirky comes not to praise higher education, but to bury it‘) was “Clay Shirky is so concerned about the state of higher education that he can’t help but want to destroy it.”

The overall tone and bite continues as we read:

It’s a clever argument in the sense that Shirky loves to paint a big picture, and the concern trolling for adjuncts and the less advantaged is a nice touch. But this isn’t argument, at least not in the spirit of the academic conversation, because on this issue, Shirky is a huckster, about as reliable as source on what’s good for education as Sinclair Lewis’ Elmer Gantry on the state of one’s soul.

Now, to his credit, Shirky responds to this tirade and engages Warner in a spirited discussion in the Comments section following the post, so if you read it keep on scrolling down. Interestingly, the discussion is more temperate than is typical of such exchanges one finds in such reactions to online opinion pieces. 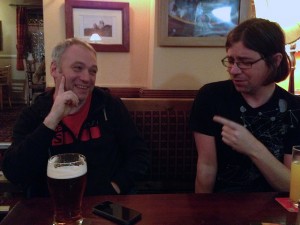 Next up was David Kernohan, equally vitriolic but with more humour (if sarcasm’s your thing). In his blog Followers of the Apocalypse, his post on Shirky’s article with its bold contention includes the following:

Why, Clay Shirky, of course. The same Clay Shirky that said MOOCs were Higher Ed’s mp3. This time, the End Of Universities As We Know Them (yawn) is because of the 1970s.

“And then the 1970s happened…”, and clearly human nature changed entirely at this point. Because before 1975 we lived in the golden age. Then it stopped. Shirky is unclear why this happened. Sure he says that the Vietnam War ended,  and the GI Bill became less generous, oil got expensive – but not only is this very US-centric, it also omits the equally salient and relevant point that David Bowie released “Golden Years” in 1975.

Then there’s the much admired (by me, anyway) Martin Weller, who made passing mention of both Shirky’s piece and Kernohan’s rejoinder in a recent post about the ‘Increased university costs and admin‘. Typically of the Brits, his piece is not so overblown as Shirky’s tend to be, exemplified by his sensible observation:

The question then is not so much “why do universities spend so much on admin?” but rather “do we want society to make universities spend this much on admin?”. And here people can be a bit hypocritical – they will probably say reduce the admin spend, but then demand robust appeals procedures or sue a university for not taking due care. Which of the areas I’ve outlined above would you personally be willing to take responsibility for if we reduced the legislation on it? 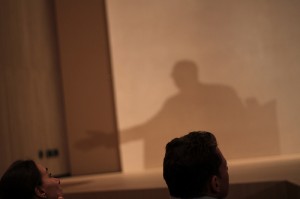 Finally (well, probably not finally, but it is for this post) John Warner had another go, this time again getting stuck into Clay Shirky, but taking a different tack. The title gives it away: ‘There is no demand for higher education‘. The essence of the article is encapsulated in the following quote:

However, the more I think about a MOOC or machine-mediated educational future and consider the nature of this demand, the more I come to believe that there is no inherent demand for education, and definitely not for the education they’re peddling as a possible substitute for the traditional system of higher education.

Because the demand isn’t for education, per se, it’s for what we believe education can provide: a secure, stable life.

And this is another one that falls into the irritating category of purporting to write generally while specifically (though not even specifically mentioning it) referring purely to the US context. Shirky doesn’t jump in this time, though there is plenty of reasoned and reasonable discussion in the Comments section (with Warner adding his voice and defending his position).