A few weeks ago I was alerted to a bargain offer from a web site where I could get a Simpsons character of myself for a mere $5 (US, that is – translates to nearly A$6, thanks to the Aussie dollar’s recent fall). Somewhat intrigued, and being as vain as the next person (perhaps even more so, you might argue), I visited the site, Fivrr, and discovered that there was a host of eager artists readily willing to turn me into a Simpson. And yes they’d accomplish this worthy goal for the said $5, most of them within 24 hours. 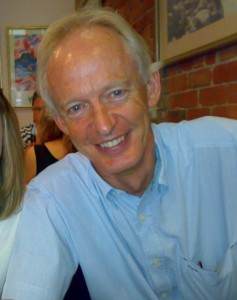 The pic I submitted for ‘Simpsonizing’

Why would they do this? Well, it’s a hook of course. For a few additional dollars, most offer added extras, including higher res versions, adding Simpson characters, and so on. Not one to be enticed by such shenanigans, I resolved to stick to the $5 and see how it went. But which supplier should I choose? Well, each were rated by previous customers, so I chose a couple of the higher ranked artists and, after making my payment through PayPal, submitted my pic.

I must also add that I did this with just a tad of trepidation, as certain un-named members of my family have cruelly claimed that the Simpsons character I most closely resemble is the infamous Mr Burns (you know, the owner of the nuclear power station). So I was just a little twitchy as I waited the requisite 24 hours (yes, some claim to do it within this tight time frame). 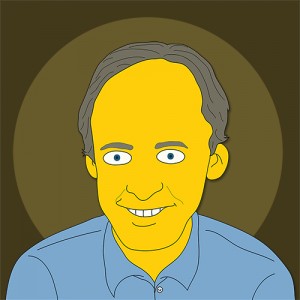 The first one came back in a precise 22 hours, 48 minutes and 20 seconds, and here’s the result. The accompanying message reads:

Your order is Done!

I appreciate if you SAVE my gig to your favorite and share my service with your friends on social media (facebook, twitter, google+…)
http://fiverr.com/simpsons
Please tell me if you like the cartoon and leave me a positive feedback.
Thank you so much! 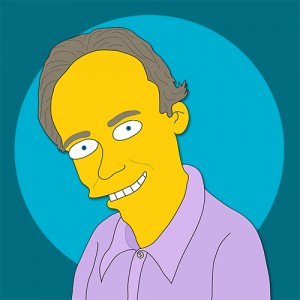 The second one was delivered in a similarly creditable 22 hours, 46 minutes and 35 seconds. As explained by the supplier, possible enhancements are:

Again, the character certainly looks like a Simpson, but is there any resemblance (however vague) to me? I couldn’t see it in either of them. But for a measly $5, I didn’t feel that I should complain. 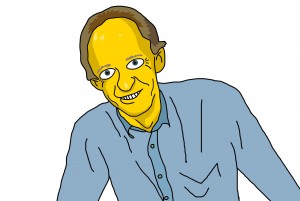 Now call me an obsessive ‘tryhard’ if you will, but I decided to give it one last go. This time it was an impressive 21 hours, 32 minutes and 43 seconds. As the supplier wrote:

“Here the design… if you have any modification please let me know & i’ll fix it ASAP…”,

I decided to respond with a helpful suggestion.

“Thanks – is it possible to make it a little less ‘pop-eyed’?!” was my hopeful plea.

A short while later came the updated version, along with the comment:

“Here the redesign with free gift :)” 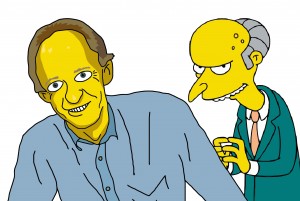 The free gift was the pic of Simpson me with an added Simpson character – none other than Montgomery Burns! This weird coincidence adds further proof, I contend, that I look nothing like him. But I still seem to look ‘pop-eyed’ – perhaps this is true for all Simpson characters.

Anyway, if you’d like a cheap laugh (on yourself), try it.