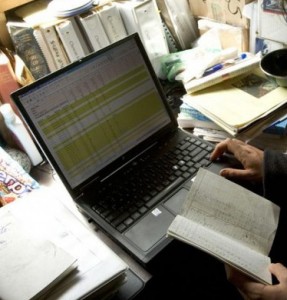 Now here’s a catchy title: ’15 Free Learning Sites You Haven’t Heard of Yet’. Not only enticing, but also challenging – someone thinks they know something we don’t know. And we’re meant to be familiar online learning, so surely we’ve heard of most of them already?

That’s the way I felt anyway, as I satiated my curiosity by clicking the link provided by Sophia Coppolla from Onlinecollege.org in a recent email. How did I ‘score’? Two out of 15: Alison and University of the People, both good sites.

But what about the others? Now I don’t want to give it away by supplying the complete list, but here’s my reaction to a couple of the other 13. The first, Saylor, claims to be ‘harnessing technology to make education free’, and the indicating signs are positive – it has a Creative Commons license, is a member of the OCW Consortium, and is affiliated with the Khan Academy. Digging down a little, I had a closer look at a maths course, and found the materials clear and competent – basically building on an open source textbook and accompanying YouTube video. It’s also available on iTunes U, and there are supporting services such as an e-Portfolio, FAQs and a discussion board.

And the name ‘Saylor’? The Trustee is one Michael J. Saylor, who can be seen at “MicroStrategy World 2012 with this keynote address to attendees. Listen to why Saylor believes the Mobile Wave is a transformational era that will impact everything, changing the lives of 5 billion people and bringing with it a number of paradigm shifts.” Sounds a bit pretentious? Maybe, but I found his presentation worthwhile and thought-provoking – give it a try. You might then be inspired to read his book: The Mobile Wave: How Mobile Intelligence Will Change Everything. I haven’t read it (yet), but it’s reviewed well.

The other site I examined was University of Reddit, which is “not in any way affiliated with Reddit.com”! Reddit, as our friend Wikipedia explains, “is a social news website where the registered users submit content, in the form of either a link or a text “self” post. Other users then vote the submission “up” or “down”, which is used to rank the post and determine its position on the site’s pages and front page.”

It’s not as well designed and structured as Saylor (perhaps I’m just not familiar with the approach – obviously Reddit users would thrive in it as it is essentially a Reddit community), though it’s easy enough to find courses on an interesting variety of topics. And as Twitter explains, it’s “an experimental open-source, peer-to-peer teaching and learning platform”, so it’s not surprising that it has a few rough edges and doesn’t explain itself particularly well.

Looking at particular courses (e.g. Arts and Humanities: What does it mean to live well?), at least some of them are also available via iTunes U, and some are non-credit versions of ‘parallel’ offerings at the University of South Florida. As with Saylor, there are online notes and videos, in the examples I viewed these being video capture of face-to-face lectures rather than tailor-made presentations.

Reflecting on how far we’ve advanced in online learning, though, I must admit that I had expected that we would have made greater progress by now. The changes that have been made since my first ventures into online teaching in the late 1990s have been incremental rather than revolutionary. And much of the learning material (especially the lessons that are often in PDF form) is little different to the print-based correspondence education materials from decades ago. 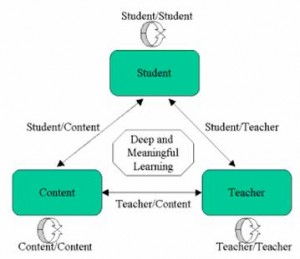 But is this a bad thing? Probably not. Good quality learning materials are now reaching more people, and as long as they are well enough signposted, structured and presented (some aren’t – learners must know what to do and when; where they are and where to go next), they are providing increased access and flexibility for those seeking to extend their knowledge. And the increasing number of offerings and experiences are providing evidence that might just settle the veracity of Terry Anderson’s Interaction Equivalency Theorem. In case you’re not familiar with it, essentially it claims that “if any one of student-student, student-teacher or student-content interaction is of a high quality, the other two can be reduced or even eliminated without impairing the learning experience”.

If this is true, it may be, for example, that the University of Reddit provides a high quality learning experience for its participants by virtue of it being community based. In other words, its strength is the quality of the student-student interaction, while other aspects may not (and need not!) be particularly strong.