Why is Google following me? Why do I now see advertisements for funeral insurance on my webmail page? I know I’m old, but c’mon! And right now I’m getting hotel and travel tips scattered around my regular websites, such as The Age. Just to make this perfectly clear, I’m looking at an Australian online newspaper, but am working briefly in Penang, Malaysia, and am also seeing ads for Penang hotels and restaurants. 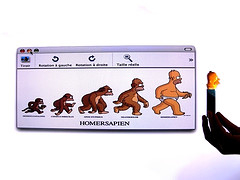 We all know why, of course. Google is smart, and we are making it smarter every time we do anything on the net.

I mention this as I’ve recently come across an awfully good read from the Hedgehog Review by Chad Wellmon, ‘Why Google Isn’t Making Us Stupid … or Smart‘. It’s smart, engaging, and enables us to appreciate differing perspectives on the role and influence of the internet, a topic I posted about when stimulated by Nicholas Carr’s The Shallows: Why Google is Making us Stupid. Yes, Chad gives us a rethink, first by telling us to stop worrying about what a yettabyte (1,000,000,000,000,000,000,000 bytes, please correct me if I’m wrong) of information might do to/for us, and stating:

asking whether Google makes us stupid, as some cultural critics recently have, is the wrong question. It assumes sharp distinctions between humans and technology that are no longer, if they ever were, tenable.

He then goes on to explain why current popular narratives are misguided, providing an insightful view of the historical context of the information age which reasonably convincingly leads us to his conclusions. The two narratives he deconstructs are the one that claims that Google (not alone, of course) is ‘unifying all knowledge’, and those who warn of information overload (essentially the Nicholas Carr position).

Wellmon claims that both positions rely on unfounded assumptions: one, that our information age is unprecedented, and two, that the causal effects of technology are isolated. Key parts of his argument include:

technology is neither an abstract flood of data nor a simple machine-like appendage subordinate to human intentions, but instead the very manner in which humans engage the world. To celebrate the Web, or any other technology, as inherently edifying or stultifying is to ignore its more human scale: our individual access to this imagined expanse of pure information is made possible by technologies that are constructed, designed, and constantly tweaked by human decisions and experiences. These technologies do not exist independently of the human persons who design and use them.

Note that he is not arguing that there are no dangers as we hurtle along our current technological trajectory, but suggests different dangers than those currently being propagated. After taking us through an historical view that includes both familiar (Ecclesiastes) and unfamiliar (the German Enlightenment scholar, J. G. Herder) snippets, he revisits and renews his attack on Carr:

The problem with suggestions that Google makes us stupid, smart, or whatever else we might imagine, however, is not just their historical myopia. Such reductions elide the fact that Google and print technology do not operate independently of the humans who design, interact with, and constantly modify them, just as humans do not exist independently of technologies. By focusing on technology’s capacity to determine the human (by insisting that Google makes us stupid, that print makes us deeper readers), we risk losing sight of just how deeply our own agency is wrapped up with technology. 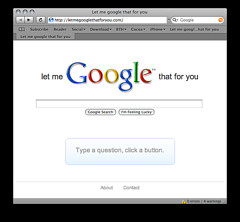 The bit that I really like is the section which makes comparisons between the use of the footnote and hyperlinking. As Wellmon rightly observes, ‘the history of the footnote is a curious but perspicuous example, then, of how normative, cultural assumptions and values become embedded in technology.’ That leads to a discussion of Google’s citational logic for its ‘revolutionary search engine’. It’s great stuff, providing a fresh (for me, anyway) perspective on a current hot topic of debate.

I hope that I’ve written enough to inspire you to read the article. There are some subtle nuances to Wellmon’s arguments that resist the kind of potted summary that I might try to pen. That being said, I’ll skip to the end and give you his elegantly written final paragraph:

New technologies, be it the printed encyclopedia or Wikipedia, are not abstract machines that independently render us stupid or smart. As we saw with Enlightenment reading technologies, knowledge emerges out of complex processes of selection, distinction, and judgment—out of the irreducible interactions of humans and technology. We should resist the false promise that the empty box below the Google logo has come to represent—either unmediated access to pure knowledge or a life of distraction and shallow information. It is a ruse. Knowledge is hard won; it is crafted, created, and organized by humans and their technologies. Google’s search algorithms are only the most recent in a long history of technologies that humans have developed to organize, evaluate, and engage their world.

PS I was curious about Wellmon, and my Google search revealed that he teaches German Studies at the University of Virginia – that explains why he is so well acquainted with the key characters of the German Enlightenment! If you like his style, watch out for his forthcoming book, Organizing Enlightenment: Eighteenth-Century Information Overload and the Invention of Disciplinarity.
photo credit: PhOtOnQuAnTiQuE via photo pin cc