I’d heard of ‘The Shallows: What the Internet is Doing to Our Brains‘ (Nicholas Carr, 2010), and skimmed a couple of (favourable) reviews, but hadn’t thought to read it. But there it was, sitting in the New Books section at the Glen Eira public library, so I succumbed to my senedipitous glance and borrowed it – and I’m glad I did. 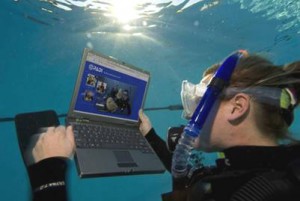 So why should you read it? First (and this is not a minor issue), it’s well written. No, that’s an understatement, it’s beautifully written. This should not be too surprising, given the author’s background which includes executive editorship of the Harvard Business Review (it may not be your favourite journal, but you’d have to agree that clarity of writing is a hallmark).

Secondly, there’s stuff here you don’t know. Yes, of course there’s also things you know already, but not only is there a plethora of new information, there are new and insightful perspectives. And this is where the book is at its best, tracing the evolution of writing and reading in an illuminating way that makes you think and ponder – a fascinating history of how we read.

“So many books – so much confusion!

All around us an ocean of print

And most of it covered in froth.”

And when was this written? Less than 200 years after the invention of the printing press, in 1612 (Lope de Vega, in All Citizens Are Soldiers). It wasn’t all just sacred texts and judicial tomes, you know – there was plenty of crap (or, in more genteel manner, ‘froth’) way back then.

But I digress. Thirdly, … crikey, isn’t two good reasons enough? Well, if you complete it, you’ll help to prove that the art of reading books is not lost (on you, anyway), thus negating a central tenet of ‘The Shallows’ (that we’re losing not only the inclination, but also the skill, to read books).

So, read on … about the Audion, bottom-up mechanisms, cenobites, delusional thinking, evolutionary psychology, feed readers, Guibert of Nogent, horizontal browsing, interneurons, … (can do the entire alphabet if you like) … neuroplasticity, oral culture, postsynaptic neurons, … youTube and Zip drives.

Yes, The Shallows is akin to an extended version (and more, much more) of Nicholas Carr’s 2008 article, ‘Is Google Making Us Stupid‘. To give you a taste of its flavour:

“When I mention my troubles with reading to friends and acquaintances—literary types, most of them—many say they’re having similar experiences. The more they use the Web, the more they have to fight to stay focused on long pieces of writing. Some of the bloggers I follow have also begun mentioning the phenomenon. Scott Karp, who writes a blog about online media, recently confessed that he has stopped reading books altogether. “I was a lit major in college, and used to be [a] voracious book reader,” he wrote. “What happened?” He speculates on the answer: “What if I do all my reading on the web not so much because the way I read has changed, i.e. I’m just seeking convenience, but because the way I THINK has changed?””

But is it true? Are our brains changing as a result of our experiences and changing reading habits due to the influence of the internet? Of course it’s debatable, but it is also important, whatever perspective we adopt. This book will help develop your thinking on this intriguing question.

7 thoughts on “Navigating ‘The Shallows’”