There’s been a weird confluence between the Commonwealth of Learning (CoL) and rugby this month. Not only is the rugby world focusing on the Rugby World Cup, but the open learning community has focussed on Murrayfield, the spiritual home of Scottish rugby, via CoL having its ninth Pan-Commonwealth Forum (PCF9) at said venue. I didn’t know that Murrayfield Stadium is also a conference venue, but it makes a certain kind of sense, and I wish I’d been there! 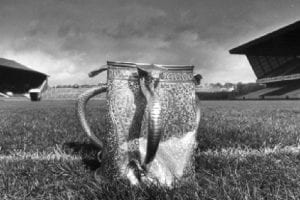 “The Calcutta Cup, given to the winner of Test matches between England and Scotland, is rarely shown in public after Scotland’s John Jeffrey and England’s Dean Richards played a drunken game of football with it down Princes Street in Edinburgh one night in 1988.”(https://www.smh.com.au/sport/rugby-union/bring-back-bill-the-untold-stories-of-the-1999-rugby-world-cup-20190916-p52rn0.html)

Rugby fans can read a fuller account, including the punishment meted out to the errant players, here.

Anyway, getting back to the conference, watch the PCF9 2019 promotional video, and be entranced by the sight of iconic rugby posts in the background of some of the shots:

With the passing of time I find that I recognise less and less attendees at such events, though I did notice a few familiar faces (such as Alan Tait) and Som Naidu put up a few pics on his Facebook page. 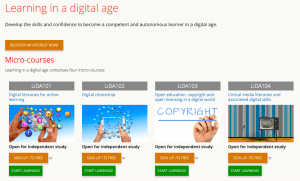 Coincidentally, I’ve also had recent contact with Jim Taylor, who let me know that a project he’s been closely involved with won an award at PCF9. Jim works with Wayne Mackintosh with the OER Foundation, which was presented with the Award for Excellence in Distance Education materials for the OERu’s “Learning in a Digital Age” (LiDA) course.  LiDA is an open online course, with current enrolments of 785 learners from 65 countries, 70% of whom are from developing countries. You are free to take a look and browse, so if you want to know what an award-winning online course looks like, go for it!

Now back to World Cup Rugby for me. Relieved that Australia has survived a battering from the ferocious Fijians. Long way to go …