The overwhelmingly positive review I browsed filled me with eager anticipation for Lawrence Osborne’s The Ballad of a Small Player. An element of the attraction was that it is set in Macau and Hong Kong, a city I lived in for 15 years. I duly fronted up to a bookshop, couldn’t find it on the shelves, then politely enquired whether it was available. It was on order but not in yet, though they did have a copy of his previous work The Forgiven. The person serving me had read it and was enthusiastic, so I bought it, a novel set in Morocco (yes, Osborne is also a travel writer). 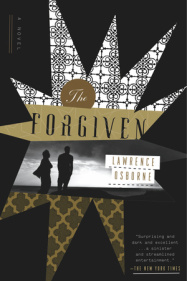 The Forgiven doesn’t disappoint – I heartily recommend it. Its focus is a disparate group of people: the ways they think and act because of their cultural backgrounds and sensibilities. The story revolves around the fate of an English couple who inadvertently strike and kill a local young man when driving through the night to a party at a remote location in the Moroccan desert. It’s a deftly told and fascinating exploration of a clash of cultures, wholly engrossing in style and full of insight and finely drawn detail. Dark at times, it nevertheless offers a sympathetic tone of understanding of people’s beliefs, reactions to adversity and consequent behaviour.

The only slightly negative note struck was a small error of detail which nevertheless throws off the veracity of the tale (forgot to note the page – sorry). We read of someone asking for a drink with no ice, yet within a page or so is then swirling the ice at the bottom of their glass.  No big deal, but it should have been picked up by an editor.

My daughter picked up The Ballad of a Small Player for me a few weeks later, and I was quite excited to get it at last. It started well: a small-time player from the UK slowly dissipating his ill-gotten gains in the gamblers’ black hole that is Macau. The Hotel Lisboa is there of course, Stanley Ho’s long-time temple of decadence (the university I worked for gave him an honorary doctorate, by the way – a major donation soon followed), along with all the newer brash and brassy casinos.

I’m not as familiar with Macau as Hong Kong, but the locations rang pretty true (right down to Fernando’s restaurant) and the prevailing atmosphere of the place beautifully established. The story lurched onwards with a grim and gripping inevitability. 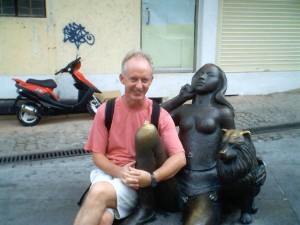 But then it started to fall apart. First it was the newspaper: it’s not the South China Post, it’s the South China Morning Post. Our anti-hero, ‘Lord’ Doyle, goes to Hong Kong and, increasingly, things no longer resonate. Irritating errors start to intrude on the narrative, bursting the essence of the tale. No-one calls Bonham Road Bonham Strand; you don’t go to Wanchai to get the Lamma Ferry, it goes from Central. And the locations are typically where a short-term visitor (or a travel writer?!) would go: Central district, Lamma, Tsim Sha Tsui. Didn’t Osborne venture further north up Nathan Road than the Intercontinental Hotel?

So the truthfulness of the narrative rapidly dissipates, not aided by the story starting to wend uncomfortably into the surreal and fanciful. I finished it, but was happy to put it down, frustrated and unsatisfied. It grates: even if Osborne got some of his facts wrong, surely it’s the job of the editor(s) to check small details. Didn’t he get a Hong Kong local to read a draft before publication?

It could have been so much better. Sigh.