Browsing the latest e-Learning Digest I noticed the link to a BBC article that confirmed that prisoners who engage in educational activities are less likely to reoffend. In particular, ‘Participation in distance learning was found to be the best reduction method.’ It’s nice to have this finding reconfirmed, all the more so for those of us who have taught members of the prison population.

While at it I checked the Australian data and found similar outcomes: an Australian Institute of Criminology “study into  reducing recidivism through vocational education and training examines the impact of education on reoffending behaviour. It looks at the results of a Queensland vocational education and training program that show an offender ‘s chance of returning to prison after two years was 32 per cent for non-participants in the program compared with 23 per cent for participants.” The equivalent figures for the UK study (England and Wales, to be precise) were 26 and 19 per cent. 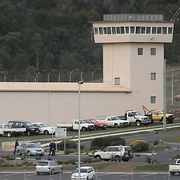 As mentioned above, I have tutored prisoners studying at a distance. This was many years ago, early in my teaching career, in Hobart (Tasmania) in the late 1970s and early 1980s. I have mixed feelings about it, as the following extract from a chapter I wrote for Liz Burge reveals:

… I had a student who was a prison inmate. He was also studying maths, and made steady progress through one level and up to the next. As the examination drew nearer, arrangements were made for me to visit him in prison to assist with final revision. I had worked in the prison a few years’ earlier, so was not concerned about the visit, though I had not been to the high security area where he was incarcerated. It was a sombre, sobering place, made all the more so by the demeanour of my student. He was rather disconnected, and his eyes seemed to dart in all directions, seldom looking straight at me. I remember asking him why he was studying maths, whether it was something he particularly enjoyed, and his reply was that they (the prison authorities) wouldn’t let him study anything that included practical work.

As I left, I talked with the staff about him, and as they explained his background, I slowly and chillingly realised that he was the person who a few years before had sadistically and brutally murdered someone I knew. I handed him over to another staff member.

I don’t remember his name (no, it’s not the infamous Martin Bryant), though I do remember (and will never forget) the name of his victim. He is never to be released.

One thought on “Participation in distance learning reduces recidivism”