Under-recognized? Surely not! Permit me to repeat that and state it fully in context:

“An argument can be made, and so I will make it here, that the invention of the Internet is the under-recognized revolution of our time [italics added]. The world-changing technology of the Internet, of course, is already apparent and barely needs retelling. 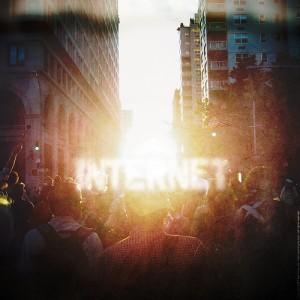 The Internet is more significant than the telephone, the television, the transistor, or the personal computer because it subsumes all these prior inventions into a new accumulation that is greater than the sum of its parts. As the network of networks—the ‘inter-network’—the Internet is a revolution of revolutions.”

The bold and unequivocal claim was made by James Panero, Managing Editor of The New Criterion, in ‘The culture of the copy‘, “the third installment* of a series on the challenges posed by the digital revolution to the world of culture”. And I’ll admit that once the statement is put into context, it borders on making justifiable sense. Yes, as a technological revolution the internet is well recognised (so well recognised that, like others and unlike Panero, most of us don’t spell it with a capital I), but the full cultural effects have yet to be realised.

As for the title of the piece, it becomes more believable when we read Panero’s explanation that:

“Just as the written word changed the spoken word and the printed word changed the written word, so too will the digital word change the printed word, supplementing but not replacing the earlier forms of information technology. Speaking and writing both survived the print revolution, and print will survive the Internet revolution. The difference is that the Internet, with its ability to duplicate and transmit information to an infinite number of destinations, will increasingly influence the culture of the copy.”

So, take the time to read the article. Yes, it unsurprisingly delves into the history of print, but also reveals some snippets (did you know that Erasmus sold 750,000 copies?) and viewpoints that add to our understanding and appreciation of the age in which we live: the age of the internet. And don’t forget to at least skim the comments. As with many articles of this ilk, it entices a motley crew of critics from their shells to drop their dollops of wisdom on us mere mortals. 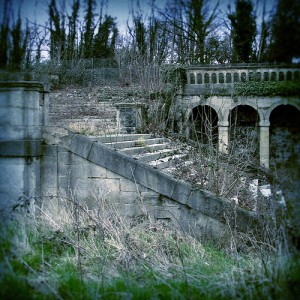 And speaking of the internet age, another article you might like to peruse is an assessment of the current state of higher education (in the US, anyway). The title reveals its tone: ‘Higher education: an obituary‘. The crux of the argument appears to be that finally, after decades of decline amid a cacophany of criticism, institutions of higher education will die because the ‘bubble’ is unsustainable and there is an emerging alternative – and we know what that is!

“Two related but separate issues revolve around the inner metabolism of higher education, in particular its astronomical and still escalating costs and—an even bigger reality—the wave of technological innovation that is poised to break over the entire institution of higher education like a tsunami.”

Yes, the steady onslaught of increasingly open education, currently characterized by the spectre of the MOOC, is set to start taking a deadly toll amongst our academic institutions.

“Those who have diagnosed a ‘bubble’ in higher education are right. Change is coming, coming fast, and it is not going to be easy for those indentured to this outmoded, unsustainable model. Doubtless there will be important losses. There is something deeply entrancing, if also financially extravagant, about the ideal residential college experience, even if the reality seldom lives up to the advertisement. Still, Harden [who has just published ‘The End of the University As We Know It.’ in The American Interest] has a point: ‘if our goal is educating as many students as possible, as well as possible, as affordably as possible, then the end of the university as we know it is nothing to fear. Indeed, it’s something to celebrate.'”

We do indeed live in interesting times.

* The first instalment was ‘The digital challenge, I: Loss & gain, or the fate of the book‘ by Anthony Daniels. I’ll leave you to find the second.