Since the days of Europe’s first universities, higher education has tended to be elitist and exclusive. While there were always exceptions provided to the remarkably bright and talented, by and large universities educated the children of the wealthy. 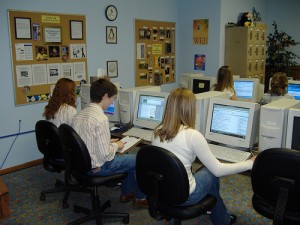 In the US, Harvard is the oldest post-secondary institution, founded in 1636. The first of the more democratic public state universities, the University of Georgia, was not established until 1785. Even more democratic community colleges were a phenomenon of the 20th century. The democratization of education gained even more momentum with the advent of the Internet. Now, with a world of information a click away, the ivory tower no longer has a monopoly on learning. It is possible to engage in a rigorous learning process through online schools and education programs without paying exorbitant tuition or even leaving the home, and there is a demand for ever better access to knowledge, around the globe.

MIT first made course materials available online, for free, ten years ago, and other prestigious American universities have followed suit. In China, free lectures and open course materials  offered by Yale, Harvard, Princeton, and Oxford have become extremely popular, and according to China Daily, open courses from Chinese universities made their debut on the Internet in 2011.
In particular, Fudan University in Shanghai has recorded over 500 lectures in the past five years, and will be making some of them available online. While access to these lectures is mainly domestic, current availability is apparently an improvement on the past, when links didn’t work, and not many people had Internet connectivity.

The Hechinger Report relates another international academic initiative, regarding Indira Gandhi National Open University (IGNOU) in India. Indira Gandhi is the largest university in the world, with a population of 4 million students, but it’s difficult to find the campus on a map. Most students receive their educational materials from the school in the mail or through radio or TV, but IGNOU places its materials on the web with free access (currently most students don’t have internet). With non-competitive admission and very low tuition, IGNOU is open to everyone; even to the poor in rural areas.

The most elitist of American universities, Harvard, offers courses that are so completely available you do not need to register or apply, but merely click. The UK’s Oxford does, along with several other schools, offer free courses at the Open Culture website, but Oxford Open Learning, its online school, does charge fees and there is an application process. The Open University, also in the UK, is another online school that costs money, though it is cheaper than traditional universities. Like Oxford, it provides students with a tutor, accessible online or by phone, to help guide them and give feedback on coursework.

Democratic open learning can thus be accessed with a click, and these offerings could not come at a better time. Education costs more now than ever before, particularly in the United States, where a $200,000 price tag is fairly normal. Many students would rather self-educate than take on a quarter-million bucks in debt. Although most programs listed here do not come with course credit, a transformation that started hundreds of years ago continues to accelerate. There is no telling what post-secondary education will look like for the next generation.

* My thanks to a reader, Estelle Shullman, for this contribution (and for pointing me to the ‘Open Culture’ website!).