Perusing the latest blockbuster issue of Distance Education (29, 1, 2008), the article by Don Bewley on the history of ASPESA (ODLAA’s predecessor) naturally caught my eye (and so it should – Som Naidu had flagged it with me!). Building on an earlier contribution by Alistair Inglis (Distance Education, 20, 1, 7-30, 1999), Don provides a special focus on the regional activities of ASPESA, in particular the South Pacific dimension.

What I found as I read through the article was that it rekindled memories of particular incidents and people associated with conferences. Of course, many of those memories are not of the kind that one would normally include in a scholarly article, but it prompted me to think about mentioning one or two that stick in my mind in the hope it might prompt others to offer their own perspectives or special events.

One of the funniest that I recall – well, it’s the one I most often recite at dinner parties – occurred at an ICDE conference a while back. One of the Scandinavian delegates (let’s call him Sven) read my name badge, leading to the following conversation:

Sven: Oh I see you work in Hong Kong.

David: Yes, I’m originally Australian, but have been there for a few years now.

Sven: I know someone in Hong Kong – perhaps you know him. His name is Wong.

David: Well, I doubt it, there’s actually quite a few Wongs in Hong Kong.

With respect to ASPESA conferences, one that comes to mind is the 1987 Forum held at the University of New England. As Bewley Reports, part of the conference was devoted to international themes, including a session at which “papers were presented on New Zealand and Papua New Guinea. Another reported how distance education was flourishing throughout Europe and Asia.”

What I particularly remember about the session is that a delegate (no, I don’t remember the name) stood up during question time, protesting loudly that their paper had been rejected, denying the opportunity to include Africa in the international discussions. The paper was apparently the outcome of a study tour this (white) person had undertaken, and they were at pains to explain that it included research evidence from their hosts that ‘proved’ that black people have smaller brains than white people. The delegate was quickly howled down by others present, and the shameful interruption was skillfully brought to a conclusion by the legendary Geoff Arger, who was chairing the session.

On a lighter note, concerning the same conference, some years later I met someone who commented that they remembered me very well from the Armidale Forum. Feeling somewhat swelled with pride, I politely enquired whether they attended my paper presentation. No, was the response, their memory was of me standing on a bar reciting a rude joke about a duck!

I’d better stop there. Having revealed my soft underbelly, are there any interesting snippets or incidents that you’d like to share? Fell free to add a comment, especially if my recollections of Armidale are faulty!

And, finally, while we’re on the topic of conferences, where’s the best conference location you’ve experienced? Well I’ve been to Paradise, as you can see below … top that! 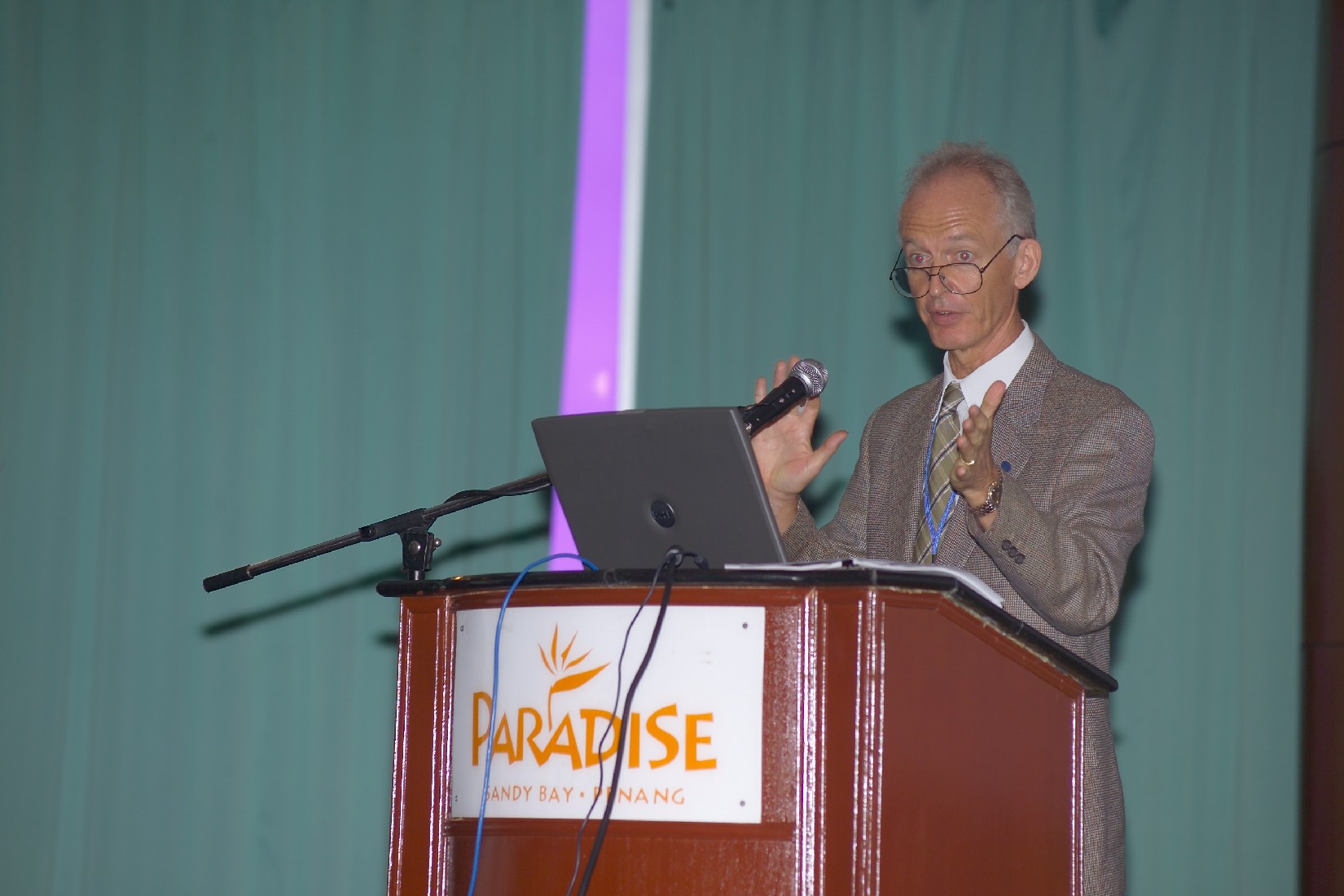 One thought on “Conference tales”