A few years ago the debate at my university was between Sakai and Moodle – which was the better LMS (learning management system) and how/when should we transition to one of them? Researchers favoured Sakai (good for collaborative projects), while teaching staff liked Moodle (in case you’re wondering, it stands for Modular Object-Oriented Dynamic Learning Environment). As it has turned out, Moodle won the day, but step forward to the current online environment and the battle is on again. It’s bigger, tougher, more complex and the stakes are higher than ever. 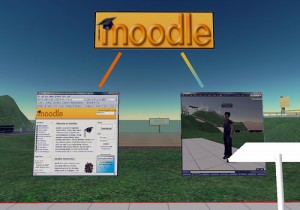 Note, though, that Moodle is still doing exceptionally well. Wikipedia reports that as of “October 2012 it had a user base of 70,793 registered and verified sites, serving 63,204,814 users in 6.7+ million courses with 1.2+ million teachers.” Sakai soldiers on, with a reported 300 institutions using it.

But what else is out there? I’ve just become acquainted with Canvas, an open source LMS from the US company Instructure. The Commonwealth of Learning’s Connections reports that it is “full-featured with a good e-portfolio management feature”. A key point of differentiation is that Canvas is a commercial open source application while others like Sakai and Moodle are community based. Canvas touts itself as superior to these two (as well as Blackboard and Desire2Learn) in a somewhat self-serving table. A feature which does catch the eye, though, is the inclusion of a cloud service.

What else? You may have caught the recent announcement that edX will make its open source LMS freely available from 1 June this year. “The release will include the learning platform; edX Studio, our course authoring tool; edX101, an online course on how to teach an online course on edX; and assessment tools, such as our peer grader and our AI grader based on machine learning.” You probably also know that MIT and Harvard are behind edX, and Stanford is joining in the fun. If you’d like to read how the Moodle community thinks this might pan out, read the answers to the question ‘has this sounded the death knell for Moodle?‘ 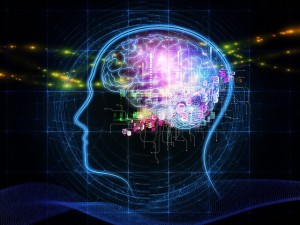 An interesting side point: did you notice the last of the features mentioned about the edX LMS? Yes, the bit about AI grading. This has struck a nerve, with the New York Times, no less, featuring an article on the possible implications, ‘Essay-Grading Software Offers Professors a Break’. It mentions the developing and not unexpected backlash, including an influential group of petitioners against the whole notion of automated grading of essays.

Anyway, if the topic of automated essay grading fires you up, read further about it in Elijah Mayfield‘s ‘Six Ways the edX Announcement Gets Automated Essay Grading Wrong‘. Elijah works in the field, so he knows what he’s talking about, the six myths being:

Myth #4: Automated grading punishes creativity (any more than people do)

Myth #5: Automated grading is “grading” essays at all

Now I suspect that there’s a misprint in Myth #5 – shouldn’t it read ‘isn’t’ rather than ‘is’? You’ll also find if you read the article that the myths are discussed in reverse order (the reason escapes me). In summing up, the claim is that:

“Machine learning can assess students’ work instantly. The output of the system isn’t just a grade; it’s a comprehensive, statistical judgment of every single word, phrase, and sentence in a text. This isn’t an opaque judgment from an overworked TA; this is the result of specific analysis at a fine-grained level of detail that teachers with a red pen on a piece of paper would never be able to give. What if, instead of thinking about how this technology makes education cheaper, we think about how it can make education better? What if we lived in a world where students could get scaffolded, detailed feedback to every sentence that they write, as they’re writing it, and it doesn’t require any additional time from a teacher or a TA?

That’s the world that automated assessment is unlocking. edX made some aggressive claims about expanding accessibility because edX is an aggressive organization focused on expanding accessibility. To think that’s the only thing that this technology is capable of is a mistake. To write the technology off for the audacity of those claims is a mistake.”

The battle is indeed hotting up, on a number of fronts.