MOOCs are the current hot topic. And you might not be just reading about them, you may also be trying them. If so, are you one of the small band of ‘completers’, or did you discontinue? If you did drop out, then you’re not alone, as attested by the interactive graph produced by Katy Jordan. But there’s a lot more than MOOCs going on at present, and one way I try to keep up is to peruse my links from time to time. I don’t check them all at once, but every now and then click on one or two to see what I’m missing. Let’s see what they’ve been up to lately (the people, rather than the institutions/newsletters). 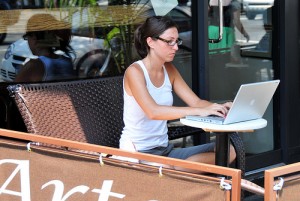 This is not Prof. Conole – it’s the first image that came up under ‘digital presence’ on PhotoPin.

Now Gráinne Conole (Len Webster told me how to pronounce her name, but I’ve forgotten!) had been pretty quiet for a while, but lately she’s burst back into life and is posting some fascinating stuff. Along with her continuing interest in online identity and digital presence, you’ll find recent posts about connectedness and activities in virtual worlds.

Martin Weller (with a new look site) continues to keep us enthralled with his ideas and activities (see my recent post about his MOOC) and has recently posted about reasons for and against joining a MOOC and digital resilience. Yes, another new term to digest: digital resilience, which he and Terry Anderson have used “as a means of thinking about how HE institutions can view the impact of digital technology.” They’ve published an article in EURODL if you’d like to follow it up.

Paul Stacey is more sporadic with his posting, but don’t forget him, because when he does post, it is usually well worth reading. Longer than most, his offerings are more akin to articles, and include plenty of detail and sound argument. His latest piece on open access is no exception, which builds on the recent tragic death of Aaron Swartz and leads to a convincing case for open access in research publishing. 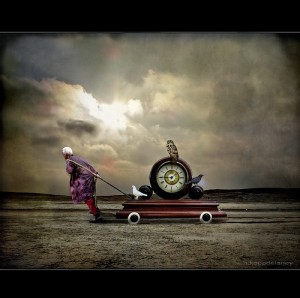 OK, there’s no good reason for including this, apart from being the second pic that came up under ‘digital presence’ on PhotoPin. Isn’t it great!

Stephen Downes has been a commanding presence for quite a while, and he continues to push and prod at new and emerging developments. You’ll need plenty of stamina to keep up with him, so browse judiciously for the juiciest pieces. If you want a good place to start with current topics (OER, MOOCs, etc.) he provides a great place to keep informed. Most of his posts are short and sharp, but he also has links to his more scholarly work, and I would particularly recommend his article on educational blogging.

Steve Wheeler presents us with a nice mixed bag of goodies on a clear and accessible site. A notable example of his recent work is ‘False frontiers‘, where he investigates the notion of collaboration. Yes, there’s reference to MOOCs, and also to the emerging ‘flipped classroom‘ concept, which you should read about if you’re not already familiar with the term.

Terry Anderson is solid and sensible, but never boring. A leader in the field, he’s a researcher and practitioner who is well able to articulate current issues and controversies and add his voice of mostly reason and occasional wisdom. He’s also a bit sporadic (depending on the season – you know these academics). A particularly good recent piece is “Connectivying” your course, wherein you’ll find links to two excellent articles by Terry and Jon Dron. 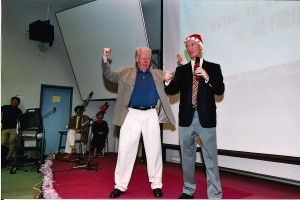 Finally we come to Tony Bates, who hosts a wonderful site full of wry observations and keen insights. It’s also lively and interactive, wherein you’ll find plenty of comments worth reading on his posts, which typically take strong positions on controversial issues. My recent favourites, though, have to to with his ‘aha’ moments, wherein he espouses “the most seminal ‘discoveries’ in my researching and working in educational technology”. The latest is his No. 8 aha moment: web 2.0 will change everything in online learning, but please also take the time to check the other seven in the series.

One thought on “Not just MOOCs: catching up with links”