If you haven’t yet taken a look at the (relatively) new Commonwealth of Learning (CoL) blog, then now do so, especially if you’re interested in federalism as it relates to education. It’s not an issue that receives much attention, but it should do, as it profoundly influences the effectiveness of educational systems. 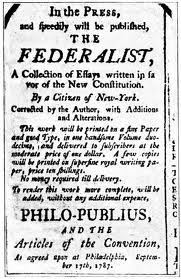 Specifically, in the first month or so of this year there’s been an interesting series of blog posts from a variety of authors, dealing with federalism and its consequences for a number of countries. The nations covered so far include India, Nigeria, Canada, Australia, USA, Yugoslavia, Malaysia, Brazil, UK and the United Arab Emirates. It was kicked off by a post about Pakistan, wherein CoL’s President, John Daniel, made some insightful points about ‘Federalism and Education‘. As he states, “In principle federalism is a good system of government because it devolves decision-making towards the people. The devil, as always, lies in the detail – particularly in areas of shared jurisdiction.”

The devilish detail is revealed in the country posts: the authors reveal the complex reality that bedevils efforts to improve national education systems via a number of routes towards (or away from!) federalism. The Malaysian case reveals a strongly federalist system that appears to be working well. Others are more complex. For example, as Michael B. Goldstein explains concerning the USA: “This regulatory patch-work has always been a matter of some concern, particularly as institutions expanded through the establishment of branch campuses located in different States. But it has been the advent of the Internet, and the explosive growth of online learning in the US, that has dramatically brought to the fore the importance – and arguably the perverse impact – of fifty-plus different regulatory schemes for the supervision of higher education.”

Using Brazil as his case study, Fredric M. Litto argues against federalism, concluding that: “When a mistake occurs at the centre of control, it is distributed, broadcast, to all remote points with its consequences. A more distributed system offering the benefits of diversity and permitting errors to be reversed would lessen the risks of total collapse. Brazil’s education system has grown to a point of complexity that is beyond its capacity to handle. To decentralise and return local responsibility for education to the States would be a step in the right direction.”

It’s a great collection of contributions, so peruse it at your leisure. And the best way to sum it up may be to quote Colin Latchem’s conclusion concerning Australia: “Education and who runs it is always a controversial issue when powers are divided between a central government and individual states. But, to paraphrase the Irish poet W.B. Yeats, when the centre cannot hold; things fall apart.” 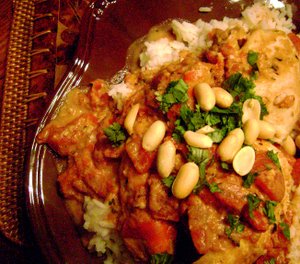 I became aware of this series by way of a note from CoL’s Angela Kwan, Learning Manager, International Organisations, who has uploaded a few blog posts herself on the site. The one titled ‘eLearning: cook it slowly!‘ particularly resonated with me, as I was on the original team which developed the first version of the tremendously successful ‘Writing Effectively’ series of programs for international agencies (UNHCR, WHO, etc.), the focus of the post. As Angela explains:

“Just as a slow-cooker uses time to enrich and deepen the flavours, developing and continually updating a course results in a quality learning experience that can’t be duplicated by fast-food methods. Collecting and incorporating customised materials into a course takes time and effort, but we believe it is a critical step, because customised materials support the immediate and direct application of learning. Every example of writing used in the course is authentic material from that particular international organisation. From the first lesson to the last, every Writing Effectively learner is able to relate what they learn to a work application. Generic, mass-produced, one-size-fits-all courses can never duplicate that kind of tailor-made experience, or its excellent outcomes.”

She is right – this series of programs is one of the best examples I know of authentic learning.