Browsing 3 Quarks Daily, my eye caught a particular title: ‘AI has cracked a key mathematical puzzle for understanding our world‘. Reported in the MIT Technology Review, the article’s sub-title explains that “Partial differential equations can describe everything from planetary motion to plate tectonics, but they’re notoriously hard to solve.”

As I followed the link, my mind went back nearly five decades to my mathematics honours year at university. One of the units I studies was ‘Optimisation’, the focus of which was partial differential equations (PDEs). ‘So what?’, you may ask. Well, the thing is that PDEs are:

kind of magical. They’re a category of math equations that are really good at describing change over space and time, and thus very handy for describing the physical phenomena in our universe. They can be used to model everything from planetary orbits to plate tectonics to the air turbulence that disturbs a flight, which in turn allows us to do practical things like predict seismic activity and design safe planes.

The catch is PDEs are notoriously hard to solve. 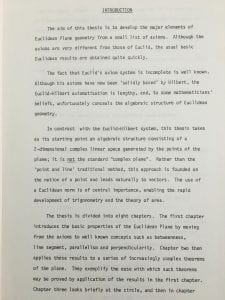 They are so hard to solve that, even when studying them at honours level (i.e. at the end of four years of university maths), we made no effort to solve them. Our task was to set them up, that is, develop a set of PDEs to describe a particular physical phenomenon. Examples that I recall are the forces on the sails of a yacht and finding equations to analyse the forces acting on a rocket sent into orbit. Typically there would be four or five unknowns and we’d be required to set up the corresponding four or five equations (in partial differential form) to enable the phenomena to be analysed.

Our lecturer for the small group of maths honours students (only about half a dozen of us) was John Donaldson, who’d spent time in the US working with NASA on the latter type of problems, so he knew his stuff pretty well. 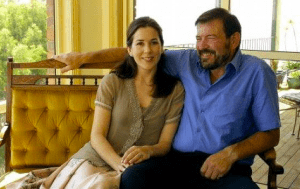 Alert readers may recognise the name – John is the father of Mary Donaldson, now the esteemed Princess of Denmark. A tough, doughty Scot, he was also a talented rugby player in his time, captaining Tasmania on more than one occasion.

Getting back to the cracking of the PDE puzzle, it seems that a team at CalTech (home of the legendary Richard Feynman) have made giant strides:

Now researchers at Caltech have introduced a new deep-learning techniquefor solving PDEs that is dramatically more accurate than deep-learning methods developed previously. It’s also much more generalizable, capable of solving entire families of PDEs … 1,000 times faster than traditional mathematical formulas, which would ease our reliance on supercomputers and increase our computational capacity to model even bigger problems.

I’ll spare you further details (read it yourself if you have the technical nous, but the essence is using Fourier space instead of Euclidean space), suffice to say that it’s struck so many nerves that even the rapper MC Hammer has tweeted it!

And out of respect, for this really is an insightful and creative piece of work, I should name the people who cracked it: Anima Anandkumar, Andrew Stuart and Kaushik Bhattacharya.

Finally, if you’d like to read their groundbreaking publication (I admit to understanding the Introduction, but not much else), click on the link in the quote above or click the pic below. 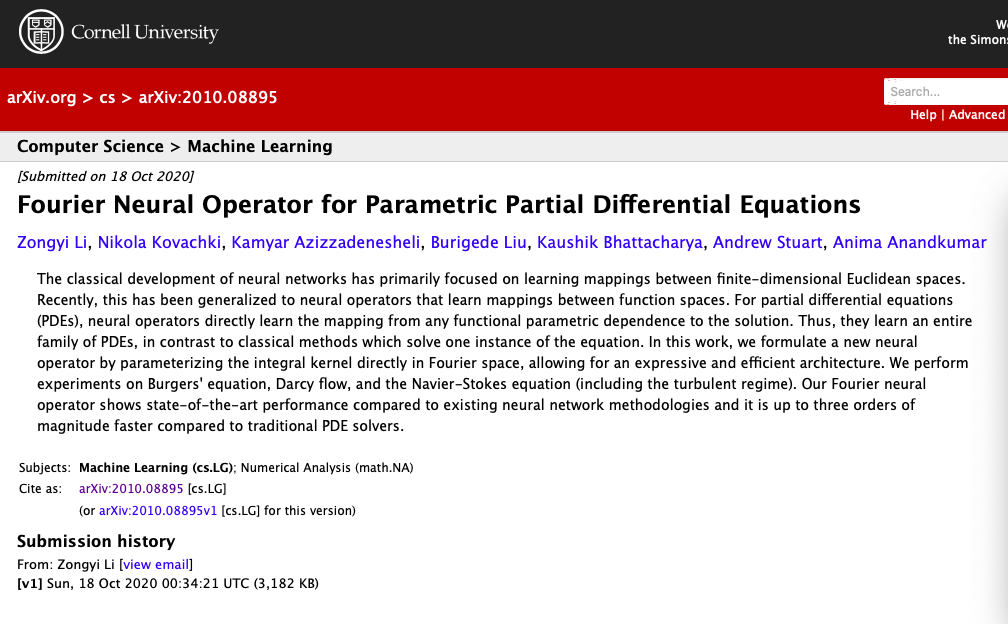