Now in my semi-retirement, I’ve found more time for reading, and have been loving it. Then a few days there was an invitation from Bob Ellis for book review contributions, so I rushed one off and duly submitted it.

I don’t know if he’ll put it up on his site, but I figured I might as well upload it here, perhaps inspiring me to follow up with others. So, here we go:

Our son had a friend who was heavily into weed. We tried not to be judgemental, but were surprised when we learned that his parents were also regular users. That is, until we knew the reason: the family included a disabled member who was very difficult look after. The marijuana was the way they could keep him at home and cope with his behaviour. 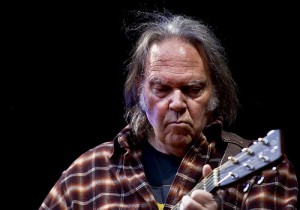 I was reminded of this when I read Neil Young’s autobiography, Waging Heavy Peace. You see, Neil has a severely disabled son Ben, and he and his wife Pegi have done an admirable job (inadequate descriptor) in bring him up and caring for his special needs. This care has extended into initiating and maintaining close connections with Bridge School, for which they organise a find-raising concert every year. You can view the latest one (the 25th in 2013), featuring his old friends David Crosby, Stephen Stills and Graeme Nash, on YouTube.

So yes, Neil Young has been a weed smoker for most of his life, though he’s recently been crying off (along with drinking) as he feels it’s affecting his memory (along with serious health scares).  Has it affected his writing ability? Well, apparently his father Scott was a well-known Canadian author, but the writing gene, if there is one, hasn’t been passed on. Neil Young is not a great writer, but – and that’s a big but – his autobigraphy is engaging and entrancing. 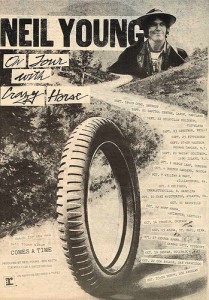 He’s rambling and repetitive, but once you relax and settle down, he drags you into and along with his life, with a ragbag full of anecdotes (plenty about CSN and Crazy Horse), lifelong loves (model trains), relentless ambitions (producing high quality sound, both technically and musically) and family tales. And his style is proof (unless it’s a double bluff) that he actually wrote it himself, unlike the majority of his peers.

It’s all there. Plenty for the fans, including details of the early days with Buffalo Springfield (he’s especially close to Stephen Stills), and fascinating stuff concerning lesser luminaries such as David Briggs, an immensely talented producer who also collaborated in the 70s with my particular hero, James Taylor. Neil comes across as a constantly restless ‘doer’, who when he is keen on something goes for it with all his energies. This is emphasised in his passion for model trains, not just collecting them, but even designing them and for a time owning a company which built them.

And finally there’s PonoMusic, which started life as PureTone (probably a better name), which you may have seen being recently released by Neil. It’s a high quality music player which aims to challenge to dominance of the ubiquitous and low quality MP3 players (your iPod, for example).   He’s been working on it for many years, and clearly it’s been a stressful and expensive venture, but as with most of his aims, he’s persisted and seen the project to completion.

There’s more (including Kent State and cars), but you’ll have to read it to find out. It proves that Neil Young not just a great artist, but a nice guy.