My last post was the shortest I’ve ever done. This is probably the longest: a ‘blast from the past’ in the form of an article I had published back in 1992 in Educational and Training Technology International (29, 4, pp. 279-282). Like others I’ve resurrected, I boldly claim that this one stands the test of time, given its focus on the universal nature of design. 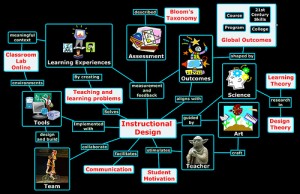 There are signs of significant change in instructional design circles. Not only has the traditional systems approach undergone major modification and reform (Schiffman, 1986; Keller, 1987; Merrill et aI, 1990a, 1990b), but direct challenges continue to be made against it (Earl, 1987; Kember and Murphy, 1990). In this climate of discussion and debate (Reigeluth, 1989; Hlynka, 1991), it seems appropriate to look at the role of the instructional designer in an attempt to ascertain whether the job is actually a design task. If it is, then it would seem logical that instructional designers could learn something from some of the more-established design professions, including their training methods.

From my experience, instructional designers are not particularly good at explaining what their title means. So, having in mind the wish to keep away from instructional design texts for the moment, I decided to approach ‘mainstream’ designers for their assistance. This was easy at the time, as until recently I was working in an institution that had a design school. It proved fruitful, as discussions with staff were insightful, and I was pointed in the direction of some useful references.

Some of my initial reading was a little disappointing, however, as I was confronted with explanations of design that bore resemblances to certain familiar instructional design models. There were the usual boxes and arrows, purporting to show neat linear relationships. Being rather sceptical of such schemes, I resolved to dig a little deeper.

I struck gold with a particular book recommended by the head of the design school. This contribution, which can help us to establish the legitimacy of the use of the word ‘design’ in instructional design, is How Designers Think (Lawson, 1980). Lawson skilfully combined the  work of design methodologists and experimental psychologists, and attempted to present an overall picture of both the work of designers and the nature of design. 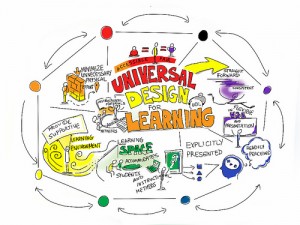 As mentioned, design methodologists have developed a number of models of the design process, some of which, perhaps not surprisingly, are similar to those produced by instructional design theorists. However, as practising instructional designers well know, the reality is often quite unlike the systematic procedures laid down in a model (Rossett, 1986; Jackling, 1989). It is by observation of the ways in which designers actually work and solve design problems that interesting results have been found.

It seems that designers are unlike scientists in their strategies for dealing with design problems: they emphasize solutions rather than analysis. As a result of researching this phenomenon, Lawson (1980, p. 32) found that ‘while the scientists focused their attention on discovering the rule, the architects (designers) were obsessed with achieving the desired result.’ An inference from this observation could be that designers would be left with an incomplete understanding of the problem. However, in practice this turned out not to be so. As Lawson further explains, ‘they learned about the nature of the problem largely as a result of trying out solutions, whereas the scientists set out specifically to study the problem.’

Rather than attempt an all-embracing definition of design, Lawson analysed the nature of design by separately examining design problems, design solutions, and the design process. We will now look at these three areas, list Lawson’s propositions, and discuss whether instructional design is congruent with his statements about design. 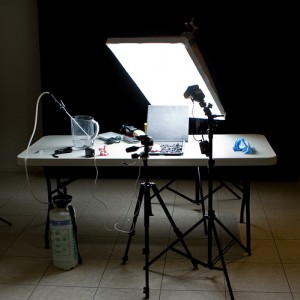 This proposition may require a little explanation. The contention is that the formulation of design problems is not objective, but is value-laden. Not only does an instructional designer see a problem differently from, say, a curriculum designer, but two instructional designers, with different backgrounds and experiences, will differ in their perceptions of the problem.

This is another proposition which seems to fit squarely within the practice of instructional design. Problems cannot be treated in isolation – a problem of how to present a certain concept needs to be considered in the light of the subject as a whole, course requirements, available resources, and so on. Hence, there is a hierarchy of problems to tackle, and it usually needs a pragmatic judgement to decide exactly where in the hierarchy to start, although it is usually most sensible to start as high as is practicable.

There are an inexhaustible number of different solutions 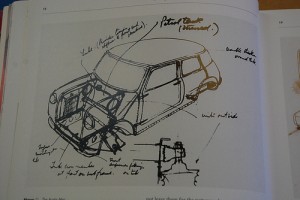 If the first proposition listed is true, then this one follows as a natural consequence. If design problems are generally ill-defined, then it is reasonable to assume that not all solutions have been identified. It also seems sensible: not only are different instructional designers likely to come up with different solutions to problems, but the lone designer will usually imagine quite a range of acceptable possibilities. The solutions to instructional design problems are not like those of puzzles and certain types of mathematical problems, which often have just one correct answer. This is an indication of the heuristic, rather than algorithmic, nature of instructional design.

There are no optimal solutions to design problems

This statement raises the issue of compromise. It goes a little further than the previous claim concerning the acceptable range of solutions. Each acceptable solution involves compromise in some form. Such compromise can arise either from a lack of resources, or from the phenomenon of conflicting objectives, where the maximization of one involves losses to another.

The process is endless

This follows from the initial propositions about design problems and solutions. The design process cannot have an end if the problem cannot be completely stated and there are infinitely many solutions. Instructional designers involved in periodic updating of materials may even manage a wry smile at this contention, or alternatively might simply find it depressing.

There is no infallibly correct process

In spite of the impressive array of models and theories, there is no infallible way of designing instruction. This is not meant to decry the important contributions of instructional design theorists, but should alert us to remain receptive to new models and approaches. The statement could quite conceivably be strengthened to read ‘There can be no infallibly correct process’. As it stands, the original statement may be interpreted to mean that there might be a correct process, but we have not found it yet.

The process involves finding as well as solving problems 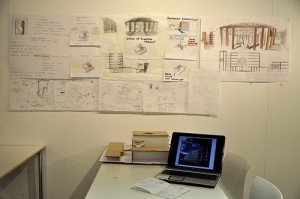 Lawson tells us that ‘it is central to modern thinking about design that problems and solutions are seen as emerging together rather than one following logically upon the other.’ As noted earlier, this notion has profound implications for the development of instructional design methodology, in that the design process is less linear than is implied by many instructional design models. The problem becomes clearer as the process goes on and potential solutions emerge.

This is another contentious statement for ‘hard-line’ proponents of the systems approach. However, the existence of a number of emerging problems, coupled with a range of acceptable solutions, means that value-laden judgements are made.

Design is a prescriptive activity

This does, I suggest, meet with agreement from most instructional designers (Reigeluth, 1983; Richey, 1986). It highlights a fundamental difference between designers and scientists, who are engaged in an essentially descriptive activity.

Designers work in the context of a need for action

The aim of design is to produce something. Designers have to ‘get on with the job’. They do not have the luxury of pondering a problem at great length, or delaying a decision until more information is available, as can be the case with a scientist or artist. Decisions must be made and actions taken, within a limited amount of time and with limited information and resources.

From the above analysis, it can be argued strongly that instructional designers are truly involved in design activities. A number of implications arise from this conclusion. 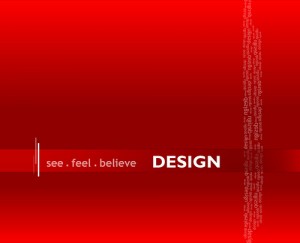 First, and most obviously, they can keep the word ‘designer’ in their job titles, and need not search for a new phrase (instructional manipulator, schemer, planner etc?) to describe their professional activity.

Secondly, and more importantly, instructional designers need to recognize their links with the wider world of design. Although instructional designers are encouraged to have acquaintance with a wide range of related disciplines, the design world is not often on the list. Potter (1980) contends, however, that ‘All designers, however specialised, should know roughly what their colleagues do – and why; not only to fertilise their own thinking, but also to make group practice effective’ (p. 15).

Evidence of design thinking can be found in The Art and Craft of Course Design (Earl, 1987) and even more explicitly in the work of Schon (1983, 1987). Schon argues persuasively that design thinking and educating, in the style of design schools, workshops and master classes, should be central to professional education. His concept of reflection-in-action could be usefully applied to both the education and practice of instructional designers.

Thus far, it appears that not much research has been done on the design skills of instructional designers. Kerr (1983) made one of the few contributions to empirical knowledge about how instructional designers work by examining the design activities in a group of novice instructional designers. The focus of the study was on identifying the design abilities of the group, and interesting results were obtained. It seemed that the novice designers had difficulty sustaining the notion of multiple possible solutions (see Lawson’s proposition above that the number of different solutions is inexhaustible), and were not easily able to represent design problems to themselves or to others. A plea by Kerr for further research and examination of possible links with other design areas seems to have been largely ignored.

So, once again, the plea goes out. All you instructional designers out there, look and learn from the design world. You ignore it at your peril.

Lawson, B. (1980) How Designers Think. London: The Architectural Press Ltd.

Rossett, A. (1986) What your professor never told you about the mundane practice of instructional design. Paper presented at the Annual Convention of the Association for Educational Communications and Technology.

4 thoughts on “Is Instructional Design Truly a Design Activity?”