We (Australia, that is) have managed a tense one-point win over the Lions to set up a thrilling decider on Saturday, Cadel’s made a good start in Le Tour, and the Socceroos are into the the World Cup finals in Brazil next year. OK, we’re not too sure how our cricketers will go in the Ashes, but we have an Australian into the last 16 of the men at Wimbledon. On another tack, how are our universities faring? 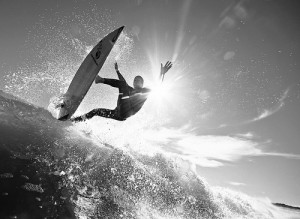 If you’ve see the list of the Times top 100 universities under 50 years old, you’ll no doubt have noticed the prominence of Australian universities (13 in all). I’ve been staying for a few days with a friend in Brisbane who is rather chuffed that his institution, Queensland University of Technology, is the highest ranked Australian, at number 26. Among the other Aussies is Deakin University (66), where I worked for a couple of years many moons ago.

Another university where I worked for even longer (7 years in all) and which is also on the list is Hong Kong Polytechnic University, placed at a highly creditable 34. Another employer (for 8 years), Monash University, is not on the list, as it is just (founded in 1958) over 50 years old – it is, however, listed a creditable 99 this year on the overall Times World University Rankings.

I must admit to being just a little puzzled at some of the placings. I don’t keep a close watching brief on my country’s institutions of higher education, but am still wondering how Charles Darwin University (yes it’s in Darwin) did so well, coming in at 77 and beating the likes of the University of Technology, Sydney and Griffith University. And as Martin Weller has lamented (and attempted to explain), why is the UK Open University ranked at only 99? Part of the answer lies in the emphases placed on research in the methodology (allotted the theme: ‘Fame is not the game’) – this would favour a small university with a few high profile researchers (such as Charles Darwin University, I suspect) and somewhat work against a large university with an emphasis on teaching undergraduates (such as the UKOU).

Whatever the case and whatever the misgivings over the list, it seems a pretty impressive outcome that Australia does so well. The overall quality of our universities is high, perhaps a result of nearly all of them being public – only two of the total of 39 are private.

But more importantly: will the Wallabies win on Saturday?