A team from MIT and Harvard has just published an article in Research and Practice in Assessment, titled Studying Learning in the Worldwide Classroom: Research into edX’s First MOOC. I hope that plenty of people will read it, as it may help to move the sometimes unreasoned and unreasonable discussion (from both sides) of MOOCs onto a more considered level. 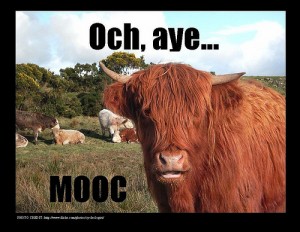 As might be guessed by the calibre of the contributors, it’s well written – clear, well-structured and covers most points that eager readers (again, from both camps, the supporter and the detractors) want addressed. Yes, we are told exactly how many participants earned a certificate: 7,157 from 154,763 who registered (4.6 per cent). Having got that out of the way, note that the authors spend considerable time exploring the meaning of ‘success’ in a MOOC. For oldies like me, it is weirdly reminiscent of much of the discussion from decades ago on what success means in open and distance learning. The loaded term ‘dropout’ is not used, though they do introduce the new label ‘stop out’.

In terms of structure, the article provides brief background, followed by details of the course in question (‘Circuits and Electronics’: 6.002x). The authors then move on to their particular evaluative research activities, starting with resource usage (access, time on task, fractional use of resources). The second stage of their investigation involves demographics, achievement and persistence. The participant locations aren’t particularly surprising, although the low number from China (622) was unexpected. 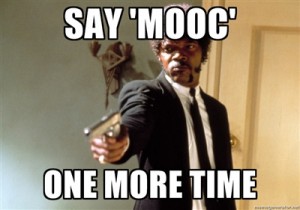 As hinted above, a disappointment is the impression the authors give that they are investigating ‘new territory’, aligning themselves with the wrong-headed notion that MOOCs comprise a revolution that is bursting on the educational world. This is further reflected in their rather thin reference list. I am on course not the first to point this out, wishing that they’d take the time to investigate the rich veins of research literature in ODL and related technology and media research that would significantly inform their work. They might then rightly acknowledge the shoulders on which they stand.

What else? The appearance of the article almost coincides with edX’s release of its software to the open source community (as flagged a few posts ago). Michael Fitzgerald provides some detail in a largely complimentary piece, noting the contributions to the code from a variety of universities (including Australia’s University of Queensland, I add with patriotic fervour).

Other current observers are not quite so enthralled with the march of edX, an example being Larry Press in his blog post Amherst College says “no” to edX, but how about Google MOOCs? Amherst is apparently not a ‘minor player’ – the author reports it has an endowment of $1.64 billion, an unheard of amount in most countries other than the US. He also mentions that “EdX charges $250,000 to initiate a course and $50,000 each additional time the course is offered. They also take a cut of any revenue the course generates.” No, I don’t understand the business model of edX and its rivals, but clearly it’s a complex and rapidly evolving business environment. And Larry alerts us to the looming presence of Google in the MOOC environment.

Where will it end?