In 2007, Comcast (prominent US ‘provider of entertainment, information and communications products and services’) began experiments on restricting access to certain programs and websites without public knowledge. This could have been a precursor to a commercialized Internet, by allowing Internet service providers to determine what websites were available to consumers. It might have led to additional charges being incurred for what they deemed as ‘premium’ sites.

If the plan had succeeded, the world of science and academia would have surely been slowed to a crawl, given today’s technological advancements. It was fortunate for us that it didn’t go ahead, because if it had, we would have faced the following issues and infringements. 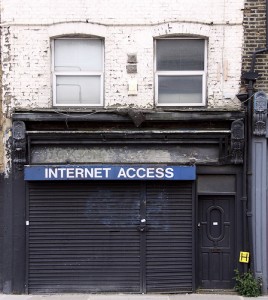 1. Access Fees – If commercializing freedom of speech was successful, ISPs could charge their premium fees for accessing popular websites. Facebook would no longer be a free method of communication and YouTube could be an add-on to your television service package. Educational sites that are currently in use could have been commercialized and additional fees to school districts for Internet usage would have reduced innovative methods of online learning.

2. Religiously Scientific – What if a religious belief scrutinized a proven scientific method? Without Net Neutrality and freedom of speech, religious organizations and scientific communities could sue each other over an indifference. It could create chaos amongst the populace causing further intervention by ISPs and governments to block sites that are ‘controversial in nature’.

3. Torrential File Flooding – File sharing is how many Internet users share non-copyrighted materials with each other for various purposes. Images and files are distributed over peer-to-peer networks which could greatly reduce the time in file transfers. Files, papers, and images regarding scientific aspects shared through torrent files could be completely eliminated.

4. Online Education – The fees for attending an online college or university could be far greater if ISPs were given the ability to commercialize the Internet. The college’s website could be deemed as a high-traffic site to be charged with the premium service, or the college website itself could be charged a premium fee because of the amount of traffic it could accumulate through online students. If the college is charged extra, who do you suppose would pick up the bill? 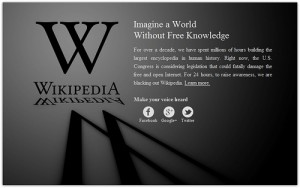 A recent Wikipedia warning concerning the need to be vigilant

5. Open Access Eliminated – Without freedom of speech or Net Neutrality, Open Access to data for sharing would be non-existent. Although forms of Open Access charge fees for accessing scientific papers and data, the gratis version of it would probably not exist. With commercializing the Internet, ISPs would see an opportunity to further increase income by taxing these papers with the premium access fee or some kind of educational tax.

6. Reduced Sharing – As many use social media sites to share information regarding everything including science, ISPs could see them as a goldmine. Sharing would be reserved to those who had the money to pay for a premium website. Even twitter could face a per-usage tax. Some time ago, they tried pushing a fee for using email.

I hope that you’re convinced that vigilance is needed with respect to Internet commercialization. The Internet is a collection of ideas and knowledge that millions of users share and utilize on a regular basis. From getting an email from Grandma to finishing the online courses held at Cornell University, the Internet is more than a place to download and share music and videos. Those who create the laws shouldn’t judge the masses for the actions of a select few in comparison to the whole.

*About our guest: Ken Myers is an expert advisor on in-home care & related family safety issues to many websites and groups. He is a regular contributor to www.gonannies.com. You can get in touch with him at kmyers.ceo@gmail.com.