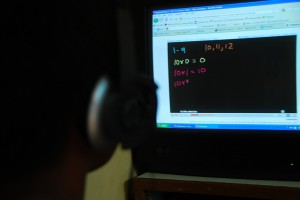 Google supports it. Bill Gates loves it – so much so that he’s donated significant funds to it, and apparently his children are using it. It’s more popular that MIT’s Open Courseware (in terms of numbers of views, anyway). So who could possibly be unhappy with Khan Academy?

First, there’s been some sniping from the sidelines as a few mathematicians and teachers draw attention to errors (real and apparent) in the instructional videos at the heart of the Khan Academy approach. These are matters of detail, easily either adjusted or explained. But there are more significant issues. 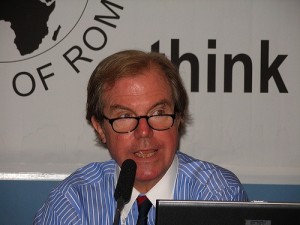 Consider the words of Nicholas Negraponte, founder of MIT’s Media Lab and chairman of the One Laptop Per Child (OLPC) foundation. As he plainly states in ‘EmTech Preview: Another Way to Think about Learning‘:

“The meteoric rise of modern instructionism, including the misguided belief that there is a perfect way to teach something, is alarming because of the unlimited support it is getting from Bill Gates, Google, and my own institution, MIT. While Khan Academy is charming and brilliantly nonprofit, Salman Khan cannot seriously believe that he and a small number of colleagues can produce all the material, even if we did limit our learning to being instructed.”

That really gets to the heart of it: it’s the latest version of the ‘instruction’ versus ‘education’ debate, and it’s reassuring to know that it’s alive and well. Yes, Negraponte is an educator, less interested in knowledge than “curiosity, imagination, passion, creativity, and the ability to see things from multiple points of view.” In the article, he extols the virtue of an ‘experiment’ that the OLPC group is conducting with young Ethiopian children. Essentially, the children are provided with a tablet (with no instructions) and the group wants to see if they can learn to read. Fascinating stuff, but the approach raises immediate questions about the morality of the experimental approach, as well as the management of long-term effects (see the comments; the objections are vigorously defended). 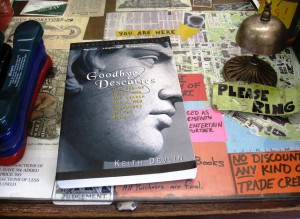 Getting back to ‘instructionism’ (or is it ‘instructivism’?), Keith Devlin, a mathematician from Stanford, has captured the essence of the issue in ‘The difference between teaching and instruction‘. As he explains,

“This problem bedevils all of us who seek to develop educational software or technologically-delivered courseware, from the free-to-all Khan Academy and the online classes given by MIT and my own Stanford, to for-profit spinoffs like Sebastian Thrun’s Udacity. They can be good. (I am planning to give my own online Stanford class this fall, and I surely would not attempt that if I did not see value in it.) But what they can be good at is providing instruction. They don’t teach and they do not guarantee learning of the intended material. For that, you still need a teacher, and the instructional material should be a tool that the teacher actively uses.”

The point is, of course, that instruction does not encompass nor equate to pedagogy; it is a subset. If we consider any of the acknowledged lists of criteria for effective teaching, the instructional approach exemplified by Khan Academy tends to fall short of the requirements. For example, how many on the list developed by Chickering and Gamsell does the Khan Academy approach fulfil?

I’ll leave it to you to make your own judgement as to how well Khan Academy aligns with these noble aims. And of course the issue is much wider, encompassing what currently constitutes the world of online learning. 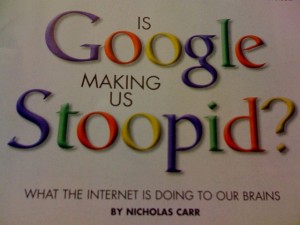 I found the Negraponte article while reading ‘The Crisis in Higher Education‘ by our old friend Nicholas Carr in the Technology Review . What is particularly intriguing about Carr’s piece is that he compares the current craze in online education (especially MOOCs) with the popularity of correspondence education in the 1920s. Did you know that, with respect to correspondence courses, “Four times as many people were taking them as were enrolled in all the nation’s colleges and universities combined”?

What I dispute is his oversimplified claim that “By the 1930s, once-eager faculty and administrators had lost interest in teaching by mail. The craze fizzled.” No, it didn’t fizzle, it survived and decades later gave rise to the mega-universities, led by the most successful innovation in higher education in the 20th century, the UK Open University. These are the institutions which originated MOOCs (and MOCs, massive open courses); the latest ‘innovators’ are simply another iteration in this evolution.

And the question remains; can the current crop of online offerings provide education rather than instruction? This is essentially what the UKOU did in transforming correspondence study into distance education. It was the commitment to, and the quality of, student support which made it so stunningly successful. That will be the key to the continued success (or otherwise) of online learning.