In contemplating a title for a post about my trip to Papua New Guinea (PNG) to attend the PNG Association of Distance Education Conference, I recalled my surprise when first glimpsing the safety card on the flight from Brisbane to Port Moresby. The heading ‘Öryggi um bord’ caught my attention, alerting me to the fact that I was on a QANTAS flight, the carrier was Air Niugini in a plane operated by Iceland Air! (The post title translates as ‘Safety on board’, I believe.)

I enjoyed the conference, on this my first trip to PNG, Australia’s nearest neighbour. In fact, it also surprised me that my flight was much shorter than those undertaken by fellow delegates from Malaysia and Indonesia. On the theme Open and Distance Learning for Access to Education and Development, the conference was hosted by the University of PNG, which incorporates the country’s major distance education provider, the Open College. Support for the conference was strong, with opening comments from the UPNG Vice-Chancellor, the Minister for Higher Education, Research, Science and Technology, the Deputy Speaker of the National Parliament (also a DE student!) and the British High Commissioner, followed by a keynote from Sir John Daniel of the Commonwealth of Learning (http://www.col.org/colweb/site/pid/5284). 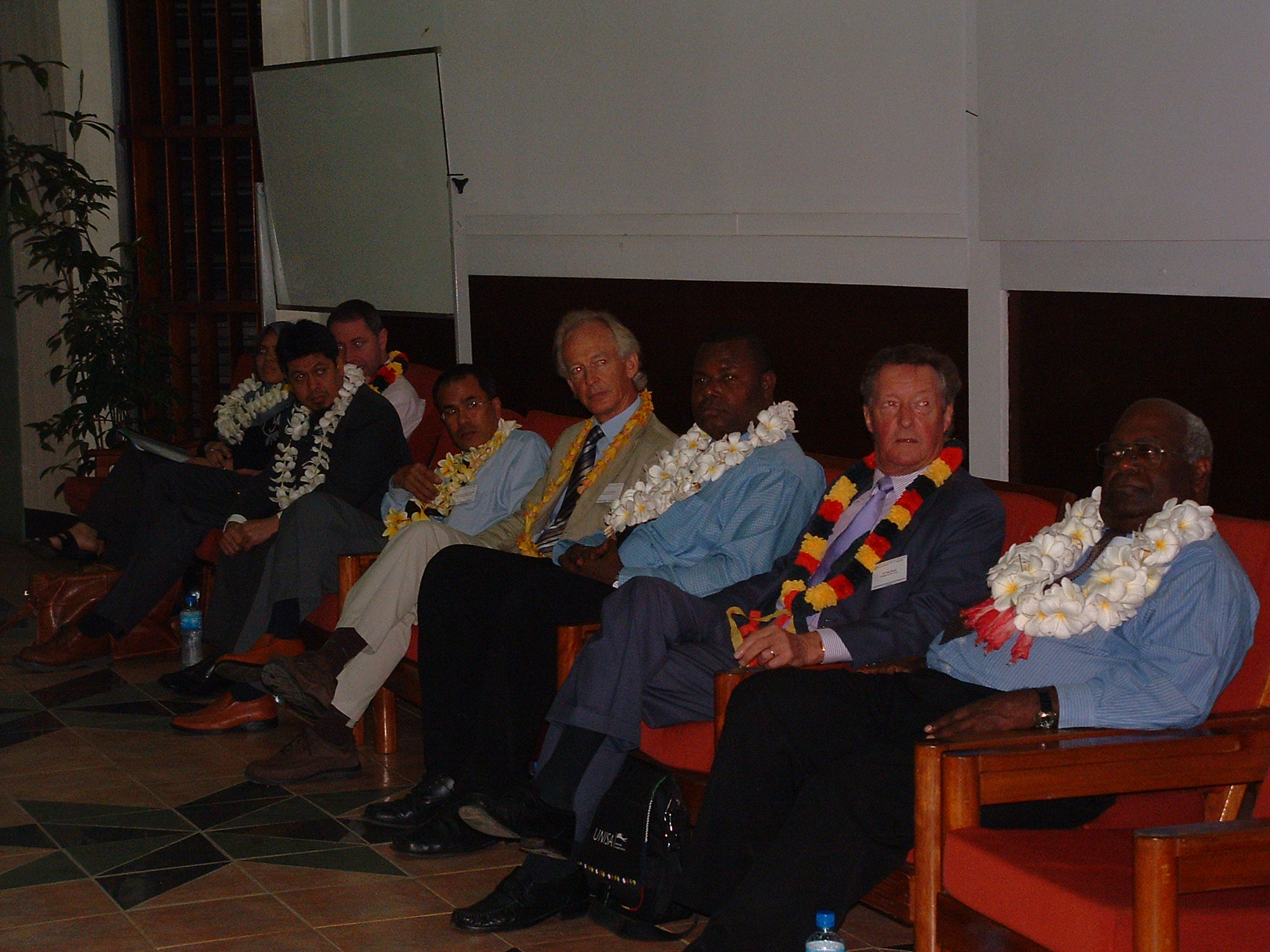 Actually I was a bit lucky that the Indonesian delegate was delayed due to flight problems (in Sydney!), in that my presentation (‘Taming technology: facing the challenges in distance education’) was moved from an 8:30 am kickoff on day two to just after lunch on the first day.  There were also plenty of PNG presenters, covering a variety of topics, including a particularly moving and persuasive talk on the need for a separate HIV/AIDS curriculum in PNG. On a lighter note, the most engaging title was undoubtably ‘Conch shells, Garamuts, Kundu drums and mobile telephones – appropriate technology and alternative support for DE students in remote areas of PNG’, presented by (an ODLAA member) Philip Townsend. 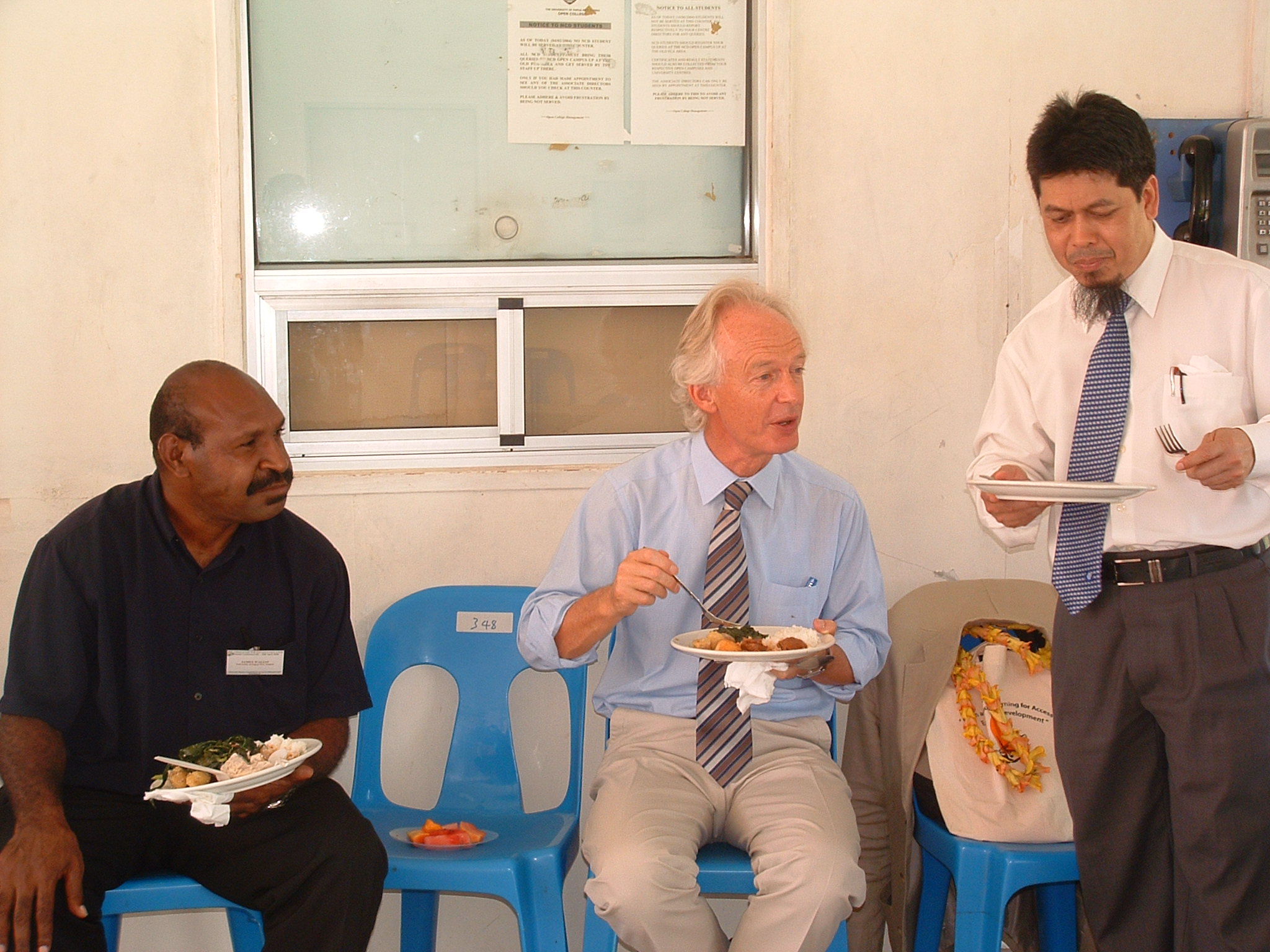 My overall impression from my admittedly short visit was that our PNG colleagues comprise committed teams of distance educators making a significant difference to education at all levels in the country. There is also a high level of collaboration and cooperation, no better illustrated than by the recent advance in internet access being spearheaded by a consortium of six tertiary institutions. For a country facing the geographical and other challenges to its further development, it is widely acknowledged that access to broadband will make a huge difference in the years to come.

Finally, just in case you were wondering about the answers to the multiple choice test items in the previous post: it’s a, b, c, d, a, b, c, d.

One thought on “Öryggi um bord”